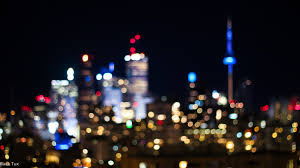 This evening has been one filled with a complexity of emotions. It started out with myself venturing into the evening air for an innocent walk about just to get out of the house for a while. It would see me walk to the local shop and get a tea, and then walk along an unpaved pathway towards an outdoor hockey rink. There, I sat on one of the benches, and basked in the fading daylight. Only a slight pink remained along the horizon. It was beautifully fleeting into darkness. The sky was clear so, stars began to emerge with a twinkle from so far away. One by one, they began dancing on the blank canvas of the sky above. I sipped my tea and felt, relatively at peace. Despite the bad dreams that had kept me awake the night before. I sat for a while, and enjoyed my tea beneath the stars.

As often happens though, my wounded mind began to travel. It was once again on the side of a highway in the middle of the night. A night much like this one only, the night in question, was not at all peaceful nor serene. It too had twinkling lights; however, they were in the form of strobing emergency lights. The ignited road flares that lined the scene of chaos, marked our way towards the coming sadness. It was the scene of a traffic accident. A single vehicle had rolled off of the road, and into a shallow ditch along the side of this darkened stretch of asphalt. My patient, a young Asian girl, said to of been the driver. She had a small laceration to her forehead. It was jagged like the one on Harry Potter only, much less artistic and a lot more vicious. As she cried out, explaining what had happened, I couldn’t help but feel as though I was becoming intoxicated by her alcohol filled breath. Each word she spoke felt like a dozen shots at the bar. I remember dodging her words, much like a boxer dodges fists.

Despite the state of the vehicle, her injuries were minor. Such is often the case. The drunk typically avoids the damage of their decisions. As she struggled her way through slurred speech, explaining her version of what had happened, she began angrily speaking about her boyfriend. She said that he must have gotten up and ran away from her after the crash, as she could not find him. This was the first I had heard of this revelation, and as I was paramedic student at the time, I stepped aside from where she and I were, at the back of the ambulance, and called over my nearby preceptor. I explained to him that this inebriated young woman, had just told me of a potential second patient. It was at that time that I noticed a rather sobering expression wash over his face. He motioned for me to go over and see his partner, my other preceptor at the crash site, and that he would stay and deal with the patient. I obliged.

I wandered over towards where he had motioned for me to go, and as I neared, I could not help but notice a lack of movement coming from the other first responders on scene. The police, the firemen, my preceptor, they all remained still and just gaggled about along the side of this road. They just peered down into this mangled and overturned car. My other preceptor had made his way over to me now, as I was standing on the edge of the shallow embankment of this ditch. He looked at me, and said these sobering words; “This is why it is very important to assess your scene, and not run into to where someone is telling you to –  take your light, and look in the back – don’t touch anything”. He was referring to the back of the vehicle. Apprehensively, I complied to the orders given to me. I descended the grassy ditch, and focused the beam from my flashlight into the back seat of this twisted and dented heap of steel, glass, and plastic. At first, I had thought that he wanted me to see the devistating state of the car, so that I may document just how bad it was, and after having glanced over it the first time with my wandering spotlight, I noticed what he truly wanted me to see. Trapped on the floor, and in-between the back seat, and the centre console, was a lifeless body of a young man. A boy really. No older than eighteen. It was barely visible, unless you were really looking. Searching for it. He was dressed in dark clothes like the interior of this broken vessel. The longer I looked, the more I could see. This girl who had been driving so carelessly, and was so drunk, that she was oblivious to the fact that she had just killed her boyfriend. The one she thought had run away from her, leaving her there alone. When in actuality, she left him. She left him right where she had unwittingly put him. He must not have been wearing his seat belt. He looked as though he had been violently bounced around. Now, he lay crumpled and bloodied, much like the car itself.

I felt a hand on my shoulder and I suddenly jolted (I still hate when people come up behind me – ever since that night). It was the hand of my nearby preceptor. He had informed me to follow him. I guess he felt as though I had been there for long enough. He was right. I still remember every detail of that scene. I can even recall the shapes of the branches that had made their way into the vehicle. This includes the leaves and other foliage that were now strewn about atop this young, lifeless boy. I followed my preceptor and returned to the back of the ambulance. There was now a police officer standing with my partner, who was placing the finishing touched on her wound dressing. The expression on the officers face, resembled that of my internal feelings towards this stuttering booze queen. She continued to recite her fractured story for the police officer, and in doing so, continued to angrily snarl at her ‘absent’ boyfriend who she had perceived to have ‘left her’ alone at the side of the road. I couldn’t help but feel a baffled and agitated set of emotions. Part of me hated her for being so negligent that she hadn’t even noticed that her ‘Jagger’ shots, had caused the death of her boyfriend, and that it was she, whom had left him. Perhaps, even in his final, frightened moments of fading life. The other part of me, was in awe at the level of her intoxication. How the hell was she even driving to get this far?? It was in the third or forth rendition of recounting her story, that the police officer interrupted her, and informed her that she was going to the hospital, and that from there, she would be placed under arrest. She became unhinged with emotion, pleading with the officer to reconsider, and that if she was able to find her boyfriend, he would tell the police that this was all just an ‘accident’. The ramifications to her actions did not seem to matter. Right then and there, I fought the urge to tell her that she was an idiot, and that her boyfriend would not be coming back anytime soon, as she had killed him. But, I didn’t. I swallowed my feelings and carried on with the call…

I am not sure what brought on this rumination tonight really, perhaps it was the night itself. How similar it was to that one. I hope not though, I mean, the night was beautiful. I would hate for something beautiful to be ruined by something so horrible. To be tarnished by something so awful and unfair. But, that’s how my brain with PTSD seems to work. A poor re-wiring of thoughts and emotions, gets passed around until something comes out. Usually, if it’s a rumination, it’s of past trauma. Like this one; a dead kid in the back of a mutilated car. Covered in dirt, leaves and glass. His blood-stained face is hauntingly unforgettable. Even amongst the backdrop of a brilliantly twinkling night sky such as this. Memories can be a fickle thing. Truly unfair. In one moment, I can be enjoying a tea beneath a peaceful night’s sky, the next, I knelt beside a dead kid, and his tomb along the side of a distant highway.

It was around that time, that I received a phone call from a friend. He was at a local restaurant, and wanted me to join him for a bite to eat. I was of course, not hungry, but accepted his invitation. I made my way there, and sat beside him. I painted a smile on my face, and spoke not a word of the hell that I was in moments earlier. I spared him the details of my pain. I never let it show. And now, late into the evening, or early into the morning, depending on how you look at a clock, I am writing this. Telling all of you, about the pain. About the sting of memory. 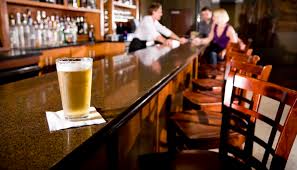 I do not know what happened with that drunk girl on that road that night but, I do not what happened to that boy. For him, there was only one outcome. And he had fulfilled it with true finality.

Soon, I will go to sleep, and hope that I do not meet him in my dreams – I have seen him enough while awake for one evening. So, just as I close out this blog post, I will close him memory out as well, and allow for he and I BOTH, to rest.

Goodnight all. Or, good morning. Depending on how you look at a clock.