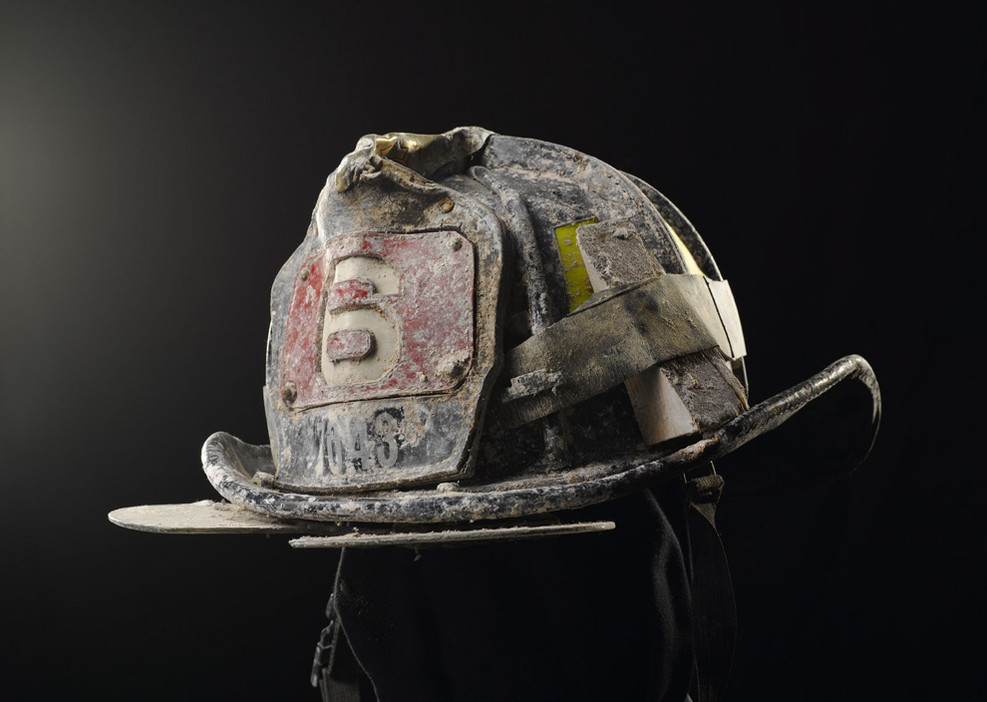 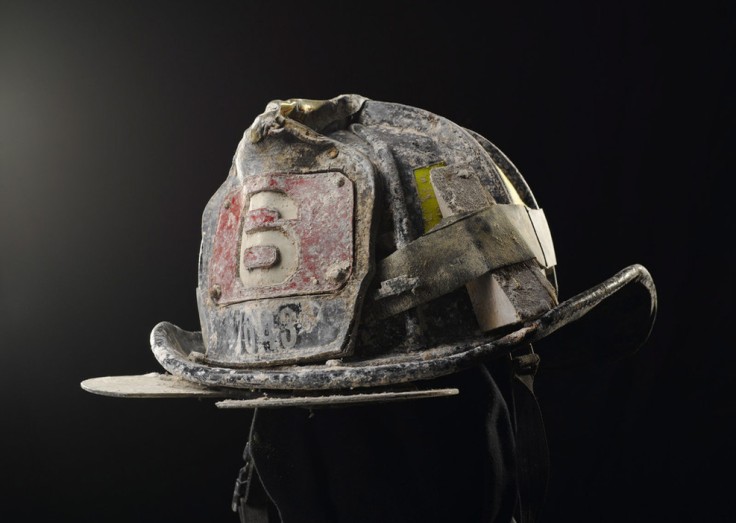 I am currently sitting in a Starbucks, arbitrarily sipping on an overpriced beverage, listening to the soothing sounds of whatever jazz station they have playing over the radio and I can’t help but think to myself “what am I doing here – I don’t belong here”. I say this to myself likely because for many, many years now, I have felt foreign not only in my own skin, but to my surroundings as well. Mental illness has a way of stealing our passport and leaving us stranded with ourselves, doesn’t it?

I gaze around at the people around me. Some smiling and playfully engaged in banter with whomever they are sat with. Others lost in their keyboards, frantically typing away. There’s also the faceless people, standing in line, waiting for their order to come to fruition. And then there’s me. Just sitting and observing all the while feeling a gnawing thorn of remembrance, burrow its way into the forefront of my mind. I thought that by leaving my prison cell of an apartment, and venture out into the world with all the “normals” I would be able to push it aside, and have a “normal” day. Sadly, days spent in deep remembrance have been my norm for so long that I guess I am being “normal”. My “normal”. 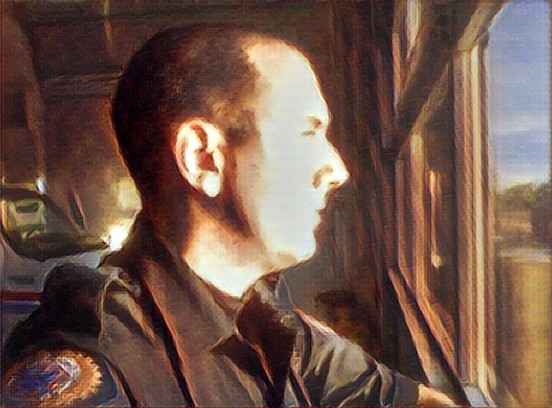 The memory plaguing my mind today and over the past several days, is of a somber fire captain, standing in a cold and uninviting hallway of a hospital corridor. Right where I had left him…

This call takes place a number of years back, roughly four or more now. It was while I was working as a paramedic. We had been dispatched to a call from hell. The kind of call that each and every paramedic and first responder can collectively agree on, a call considered a nightmare.

We had been dispatched to a cardiac arrest. Not alert. Not breathing. In other words, dead and without life. These were the calls where time is of the utmost importance and so, I remember feeling that sudden rush of concentrated adrenaline seep into my bones. It would however become a little more complex than that of a dead guy needing our help. The latest dispatch notes to cross our computer screen in the truck revealed a ghastly horror that no one ever wants to see. The words read: “Cardiac arrest. 3-month-old male. Not conscious. Not breathing”. Jesus Christ – a paediatric cardiac arrest. Fuck!

We arrived on scene and took over care for the young lifeless boy. I was the one who carried him to the ambulance from the steps of his mother’s run-down apartment building. He was so light and frail, that I was afraid that just the mere act of holding was too rough.

We would learn that he was a pre-mature baby born to a drug addicted mother, and despite all the odds, this little fighter had lived for 3 long months. Or short, depending who you are speaking with. If you ask me, there are a lot of other people in this world that should be in the ground instead of this innocent little man. But, that’s not my call to make.

We worked feverishly on this little body in the back of the ambulance. He was so small, that all of our gear, even the smallest of piece of modified equipment, appeared large when next to him. He lay splayed out on our stretcher. His little undeveloped hands with fingers pointed to the ceiling of the ambulance were all I could see at first, as I knelt beside the stretcher, unwrapping breathing tubes and tearing apart the gear and handing the tools to the other medics. When we went to put the mask on his meager sized face, the mask enveloped the entirety of 3-month-old’s head and face. The mask we were using was a size too big but it was the only one we had. Sadly, whomever had used the kit last, had mistakenly placed the wrong mask size in with the paediatric kit. 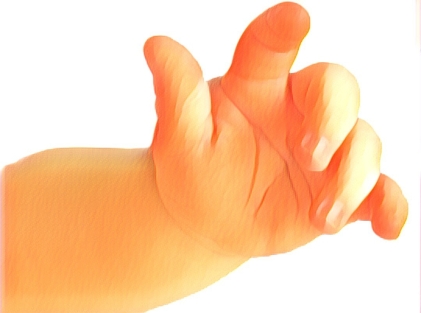 I recall the ride to the hospital being short in duration but, still taking entirely too long.

Upon arrival, we would hand over care to the awaiting emergency room staff, and rescind into the obscurity of the hospital hallway, while they rushed to try and save this 3-month-old miracle. Sadly though, and despite the most ferocious of efforts, the boy died.

When I returned to the trauma room that we had taken him to moments prior, to hand in my paper work, I noticed a complete lack of frenzy that had once filled the room. Now, there was nothing more than slow and deliberate shuffles in steps, and slight but deep and meaningful sighs of breath, releasing from those involved. This is the sign that a life was lost. In this case, it was a life that had lived on borrowed time. We call this kind of call: SIDS (Sudden infant death syndrome). And it is what I now faced while standing in that pastel colored hospital room. A young small body lain on its back atop a stretcher. Machines now silent and without purpose. I stayed and stared perhaps a little longer than I should have but, I just couldn’t move. My feet and legs failed me just as I had failed that little boy. If you think things could not worsen in that moment, I will call you mistaken – they can, and they would. That small child’s death was not to be my only critical failure that day…

When I finally reconnected with my trembling legs, I turned and removed myself from the room. I would re-enter the hallway of purgatory, lined with other ill and not-so ill patients, and walk towards the exit. It was at this point, just before reaching the sliding glass doors of the emergency department that I would be jolted to a stop by a hand grasping my left arm. I at first glanced at the hand that had stopped me so suddenly, and then followed the arm up to a middle-aged man’s face. It was painted with sadness and lined with fatigue. His eyes hung heavy with the weight of his soul. He wore a rust colored mustache and an accompanying dusting of facial hair, colored much the same. Through a gruff but vulnerable voice he attempted to speak but could not. I continued to 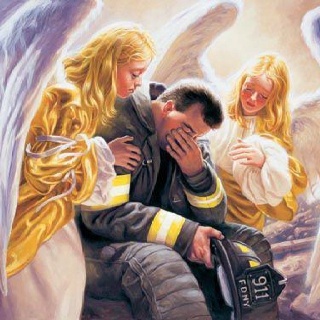 stare into this man’s eyes, never drifting my gaze. It was a fire captain. He must have been on the call with us a short time ago. Despite his inability to voice the words, his head gestures and constant quick glances towards the end of the hallway where the trauma room was located, I knew he was requesting an update on the status of the young frail child. After his second or third glance back and forth, I turned to face him, forcing his hand to let loose from my arm, and all the while never breaking my gaze at him I shook my head – no. He was taller than I was but in that moment of realization, I swear his stature became that of a child himself. My failure came next. I watched as tears built up along the heavily wrinkled lids of his eyes, and begin to fall without control. As they did, I turned, and walked away…

I’d like to think I felt bad for doing that in that moment but truthfully, I am not sure. Now I should clarify; I did not walk away from him because I wanted to, or because I did not care. Not at all. In fact, I did care. I just had nothing left. My tank was empty and I was running on fumes. My heart was broken as well, and I just had nothing left to give. I knew that if I stood and watched this grown man in uniform crumbled into a human, I myself would plummet into despair and utter sadness. I couldn’t do that. I just couldn’t so, I left him. I just left him.

I have had people tell me that it is not my fault and that this does not make me a bad person. They inform me that too was suffering and that there was just nothing left of me to give to someone else’s grief but honestly, I don’t feel at all like a good person. I do not feel like a good man. Truth – I don’t feel like much of a man at all really. I mean, I just left him there. A fellow brother in arms. A fellow first responder. My brother, and I just abandoned him. There is nothing heroic of manly in that.

I know that I need to leave room to forgive myself as I was hurting in that moment too, and not just from that call but, all of them. And maybe one day I will but, that day is not today and it is not right now. You should have seen his face (not that I would wish that upon anyone) it was completely riddled with trauma. It may have been the call the broke him. I don’t know. I do know that I never say that captain again. Selfishly, I was somewhat relieved by that. Again, not a trait of a good man and not the kind of man I am ready to forgive just yet.

As I look around this Starbucks now, and see all the different people, I can’t help but feel envy. Not because I think they don’t have problems or demons, but because they do not have or know mine, and for just a little while, I’d love to forget them as well. A mile in someone else’s shoes right – a dangerous thing to wish for I know. But I’ve walked many miles in my shoes, and they’ve lead me here – to this small, quaint coffee shop in the heart of the city. Reminiscing on an old, tired and wounded fire captain. Wondering where his shoes took him after that fateful day in the summer of 2013.

If by chance the captain ever see’s this; I’m sorry Cap. I am. I’d do things different now. IGY6. 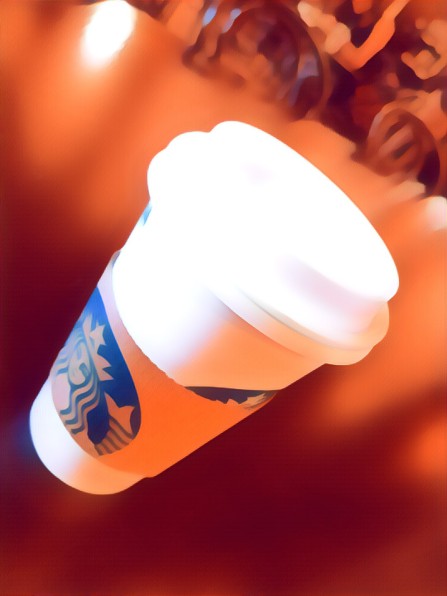