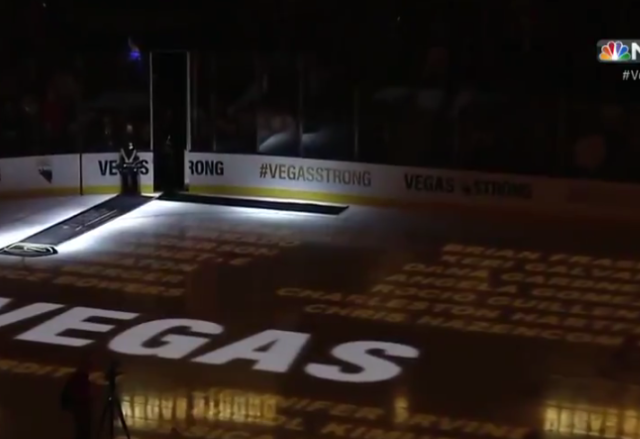 I called my mom just now. It’s really late at night (slash) early in the morning, and I get that but, my mom is a night owl just like me. Or, I suppose it is I, who is a creature of the night, just like her. I picked up the phone, and dialed her number. After pressing the sleek, glass face of my phone to my ear, I listened as the ringing tones stacked atop one another. Ring-ring. Ring-ring… The line rang and rang, right up until it didn’t. I am 34, soon to be 35-years-old, but in that moment, all I wanted to do, was talk to mom. I wanted her to lie to me. I wanted to here a comforting voice of parental guidance tell me that ‘everything is going to be ok.’ I wanted her to tell me that the pain would go away. And that it would go away soon… But, as all dreams must, my thoughts gave way to reality. A reality that she is not the kind of mom who can do that. As well as conceding to an unanswered phone line. I hung up and placed the phone down beside me, and sat in silence.

I began to remember a time where I was standing in a stranger’s house, dressed in my khaki blues, with a stethoscope hanging from my neck, having just told a family that the woman in the bed that we were all standing in front of, was dead. In a single unrehearsed yet overutilized sentence, I told them that their mother was gone. That there was nothing I could do. What I never told them, or anyone for that matter, was that in the moments prior, when I had first entered that room and saw the sight of a sickly, thin framed woman laying on a bed, I projected my mothers image onto her. In a fleeting moment, I was not walking towards a stranger, I was nearing my “mother”, just as I had done many times before…

In my life, I have seen the sight of a sickly, thin framed woman laying on a bed many times over. Even before I became a medic. Growing up, I watched as my mother graced many different beds with her depressed and disease stricken body. Hospital beds. Beds of family friends. And more often than not, laying in her own bed. Sometimes for days at a time. I used to quietly crack open her door and from there, peer in to see if she was still breathing. I would always wonder if the Cancer would take her away when we weren’t looking. It was a thought constantly wedged within my young and expanding mind. I can think of many times while growing up, that I wanted to speak to a mother, my mother, and have her tell me that everything was going to be alright. But, much like tonight, she wasn’t there. That’s what I mean when I say she isn’t the kind of person that can do that for me. She’s locked away somewhere. Sadly, so am I. My mind has become a sort of prison. I am wounded. My mind bleeds. Mom can’t stop that. The same as they cannot rid you of the pain from a skinned knee, but somehow, the bandaid helps.

I hate PTSD. I hate my brain. I hate depression, and I hate all of the pain that lives within me. I hate how some nights, like tonight, my skin feels like it is made up of a million tiny little knives. Tearing through me all the way to my soul. I hate how I cry now. For the first time in my life, I cried at the sport of Hockey. Yes, hockey… The Vegas Golden Knights had their home opener this evening. Prior to the game, they chose to honor the first responders that worked on the night of October 1, 2017. A night where 58 people lost their lives at the hands of evil. One by one, they called out the heroes of that day. A parade of firefighters, nurses, doctors, police officers and paramedics, emerged humbly and triumphantly onto the ice. I scanned their faces, looking into their eyes. The eyes are where pain lives. Well, the eyes are the window to the pain. I was doing ok, and even admittedly clapping along with the ceremony. Feeling a slight bravado at having once stood as tall within the ranks of being a first responder. Someone who knows what it is like to rush in when others are running out. I know what chaos feels like. I remember the unbreakable bond of brotherhood that comes along with the job. I also know what it’s like to try and go home and simply, ‘be normal’ and how impossible that really is. Once you have been to the Devil’s house, it is almost impossible to ever go home again… I will not tell you that I have seen what they saw in Vegas, I am not that naïve nor selfish. I will tell you though, that I know what it’s like to “be” them – standing out from a crowd with a quiet professionalism. Parts of me miss the chaos. 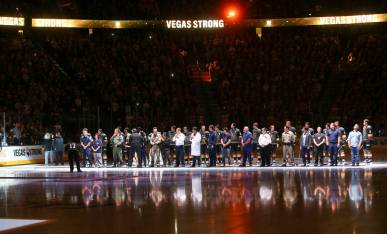 The ceremony continued through to a beautifully themed gesture. It was asked that the people within the arena remain silent for 58 seconds, so as to honor the 58 killed in that senseless tragedy. Their names, the ones lost, began to appear onto the ice. As they did, so too, did some of the names I have read after declaring someone dead. It’s funny, in an awful way, some of the things I remember, and when they choose to come back. This is one of those awful things.

My eyes began to swell and blur from behind a veil of tears. As that deafening silence counted down, so did the tears from my eyes. I am always so hyper-emotional now. Weather it be anger, rage, confliction, sadness, hopelessness, despondent or depressed, it’s always at a level ten. I ached because I know that there are countless people along with the first responders who are and will be affected by this heinous incident for years to come. In Nevada, it is almost impossible for a first responder to claim mental illness, and be compensated for it. The laws are archaic and crude. The ideology that the uniform protects us from the sights of humanities despair is as outdated as the first uniform itself.

I am fortunate, that I am being looked after by Veterans Affairs and all other accompanying supports. But I hurt in knowing that there are many like me, who suffer alone in the same absolute deafening silence that I am sitting in now. It’s not right. No one should be without help when in need. I think the same can be said for those of us who are fortunate enough to have parents who are alive, we should never be forced to listen to a dead phone line simply because “mom” doesn’t want to answer. We should all be able to revert back to our child-like-selves, when in need of ‘mom or dad’, the same as we should all be able to get help when it’s needed. But as all dreams must, they give way to reality…

To all of my brothers and sisters on the front line, if you ever need to talk to anyone, or call someone, I’m around. I’ll answer your call… That’s what paramedics do. That’s what family is for.