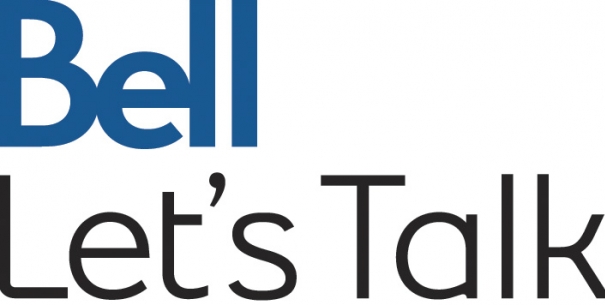 For those of you that do not know, today, January 31, 2018, is Bell Let’s Talk day. Bell Let’s talk is a campaign dedicated to the act of conversing about mental health and breaking the stigma that often surrounds it. With that said, it only seems fitting that I, well, talk!

I did not have an easy childhood. Jesus, has anyone? That is not to sound cliché nor grant me sympathy or excuses for the things that I have done. Not at all. It’s just a statement of fact, I did not grow up easy.

Being the youngest of five, I had the unfortunate undertaking of watching as each one of my senior siblings were cast out of the nest and thrown to the bitter colds of this world, long before they should have been.

My sister, all of fourteen at the time, was cast out because of a wheel of cheese. You read that correctly, a wheel of cheese… An argument with my mum, over processed dairy led to the removal of my sister from her home. Cast out by my mother’s angry hand.

Slaps were thrown and landed. Screaming voices were heard throughout the halls of our home, and slamming doors echoed painfully in my ears. I was young at the time so, I spent most of that incident held up in my room, just waiting and wishing for the madness to stop. It would eventually, with one more slammed door. The front door. My sister was gone.

I watched as similar events unfolded between my mom and my other siblings. One by one, out they went. I was not impervious to my mother’s wrath. When I was around fourteen, I began working. A real job, not just a paper-route any longer, a real job with a real paycheque. A paycheque that my mother felt should be used for rent. Yes, my mum wanted me to pay rent at the age of fourteen. When I bought a video game instead, she placed wartime sanctions on me that inhibited me from eating any of the food within the home. She even slapped a slice of bread from my hand when I attempted to test her resolve of said sanction. She meant it, and I went hungry…

When my siblings were cast out, it wasn’t for good. They would eventually come back in shuffled fashion, never all at once, and never for very long. A revolving door of family you could say. A revolving door that often slammed itself shut. They too fell victim to my mother’s sanctions.

I did not have a father. I mean, obviously at some point I did, yes, but lets just call him a genetic provider, shall we?

He was not a kind man. He spent his time with us introducing the family to a world of violence, deceit, sexual abuse, and manipulation. He hurt us. He hurt me. And, as I would learn years later, hurt many other people as well… But that’s about as much as I want to talk about him. Fuck him! Fuck that guy…

In the absence of a father, my mother had to pick up the slack, and she tried. Unfortunately, her body also picked up cancer, on three separate occasions. I was once corralled into a hospital room, along with my siblings and family friends because we were told that she was too sick, and that she was likely to pass away very soon… The doctors didn’t know my mother. She would only go out when she said so… She went on to live for a number of years after beating the odds. She would however be in and out of hospital for most of my life. I’m familiar with many hospital hallways.

I can’t recall exactly how old I was when this happened but, well into my annoying adolescent years for sure, when one evening the front door rattled with a knock from outside. I begrudgingly pressed pause to still the movie I was watching, and lumbered to answer the door. Standing there, appearing white as a ghost, was one of my brother’s best friends. His voice shaking like a leaf in autumn, he requested my brother. I did not think much of his odd behaviour, he was always a little peculiar in my eyes. Nice, but weird.

We lived in a small town so it all came to a buzz as the days creeped by after the news broke. It was weird, being at school and overhearing people mention just beneath a whisper, my brother’s friends name. No one had knowledge that I actually knew and hung out with this person, on occasion. That he had been in my house several-hundred times over the years before this. I was not in a hurry to tell them either. I simply lowered my gaze, and traipsed the hallways. 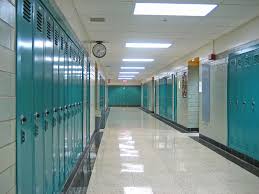 I had the “normal” stuff too. You know, the first bully, the first school fight, the first crush on the girl I was invisible to, my first “love”, on the girl that would be my first kiss and then break my adolescent heart. All the firsts on top of all the madness.

There was a lot of other stuff while growing up but, I don’t really feel like getting into it. You get the gist…

I was standing beside my mother when I saw my first dead body. I was eighteen. We were in a funeral home, and in front of me about an arm’s reach away, stood a casket that held the remains of my mother’s dearest, and most trusted friend – Luc. Luc had been good to my mom. Good to us. Before Luc was lain within this casket, he was in a park. The park where he was found, hanging from a tree. Luc ended his own life. His suicide note was also the first of its kind that I had read. As it turned out it would not be the last.

Fast forward a little bit now, to a bright, sun-filled day in early September. I was sprawled atop of my bed, with covers flailed all about. I was suddenly awoken when my bedroom door flung open, and my mother’s voice broke the silence, “Matthew, get up! You may be going to war sooner then you think boy-o”.

Through squinted gaze, I peered towards my mother’s voice. She had activated the T.V. in my room, and motioned for me to look. I used my hand to blindly tap my bedside table so as to find my glasses. I placed the bottle cap prescription lenses over the bridge of my nose, and brought focus to the world in front of me. I watched as one tower fell, and then another. ‘BREAKING NEWS AMERICA IS UNDER ATTACK’. That ticker-bar still so freshly etched into memory. My mother’s proclamation of war and my future came due to the fact that I had recently signed up for the army…

Fast forward a little more now. August 11, 2006. Cpl. Andrew James Eykelenboom, the first casualty to make war real for me. No longer just from a ticker-bar, but from our unit. My first fallen brother. I would take him off the plane from Afghanistan, and lay him to rest some 10,646 km from where he had been killed. After ‘Boomer’ came Starker. After Starker, came Wilmot. Three brothers from my unit. I watched as the towers fell, and felt its destruction years later as we buried one brother, after another…

After my release from the army, I became a paramedic. I worked in the inner-city of a rundown blue-collar mess of a town. A wretched place in my eyes. A wretched place that looks stunningly beautiful at night from across the river. The river runs directly through the middle of the city, separating north from south. Almost like a wound. A deep laceration. As I navigated the streets in my ambulance, I tried to sew little pieces of it back together, by healing the wounded and curing the sick. All that ended up happening was the realization that I heal and cure nothing. That revelation came over time, and in time I too became wounded.

My medicine was in the form of an amber liquid. It came from a bottle. Multiple, in fact. The years went by, and the bottles stacked. Row upon row, all the way up until that night – – the night that I found myself back in police cells. Not as a medic assessing a patient in police care, but as a criminal. A drunk criminal. A shamed man.

To save whatever dignity and value that I have in this world, I walked into the court and plead guilty with no lawyer by my side. Standing accountable for what I had done. I didn’t hurt anyone other than myself, and not physically. No accident or anything like that, thanks to the police officer and his diligence, that was all avoided.

This set me forth into motion to find help. Help that would come in the form of a selfless psychologist, with the patience of a saint. This would lead to my diagnosis of PTSD, and major depressive disorder. I have been in therapy since February of 2017. It is a slow, hard, and at times excruciatingly painful road.

That pain however would seem miniscule in comparison to what happened this past November… On the morning of the seventh, 2017, my phone rang, and I was told my mother is dead.

She mimicked Luc in that she too had chosen to end her own life. My mother committed suicide. She was 68-years-young, and she ripped my already fragmented world into fucking shreds.

Luc’s suicide note was the first of its kind that I had read. As a medic, I somberly read so many others. My mother’s suicide note, will be my last. I will never again be a paramedic. I do not wish to be around nor respond to any more suicides.

Death is something that I am all too familiar with. As is pain. I struggle everyday. Sounds bother me, flashbacks cripple me, and dreams keep me awake. I am in a relationship with PTSD. Not a wife or a girlfriend, just memory and experience. I was married once, but that too came to an end…

What I am learning to do now is talk. Days like today, with campaigns such as these, maybe more people will too? And maybe, just maybe, by doing this, the first responder’s that still serve our streets will see less suicide, and more hope.