I was seventeen when I first watched a man die. I did not know that he was dying at the time, but, ultimately that moment when I stood beside him at the edge of his bed, it would be the last time that I would see him alive. An ambulance would arrive, and the paramedics would take him away. And later in that same evening in a brightly illuminated hospital room, he would release his last breath. His death would catapult my mother into a deep depression that lasted for several weeks. I would come home from school and she would be in her room manacled beneath a swath of blankets. Over the course of those long weeks of summer, I would employ varying tactics aimed at breaking my mother out of the prison of depression – sadly all attempts were thwarted by a stubborn warden within her mind. Nothing I did worked. I just had to let her serve her self-imposed sentence.

The man who died was named, Bob. Bob was a cantankerous old fool. But, Bob was also a dear friend of my mother’s. Their shared proclivity for carcinogenic delights was what led to a budding kinship. Bob lived in the same low-income housing complex as we did, and my mother and he became friends almost instantaneously. I swear they shook hands while lighting each other’s cigarettes. Bob was burdened to a wheelchair due to a lost quarrel with diabetes. Like my mum, Bob had a plethora of complicated health conditions. And further, like my mum, very rarely complied with doctor’s orders! 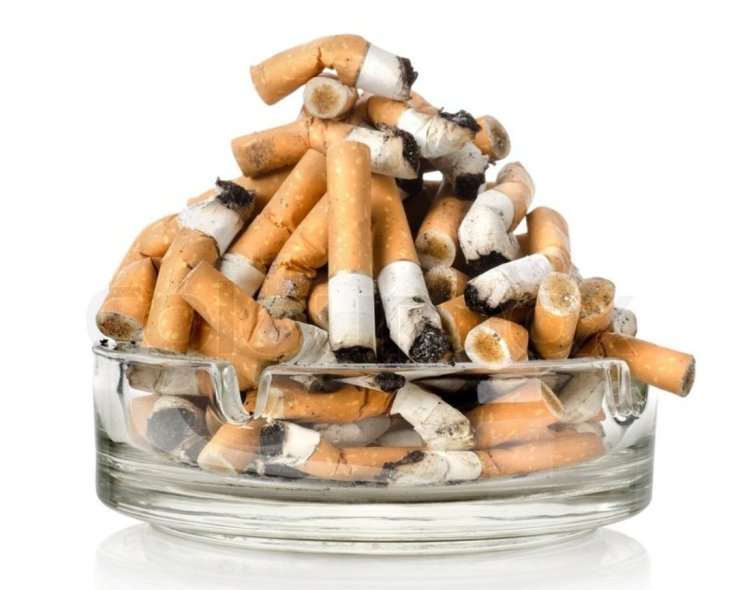 Bob did not have much in the way of family, so, although I was seventeen and had much more interesting things to do than to confabulate with an acrimonious old man, I would sometimes walk the several-hundred feet from our place to his to go and check on him. He would typically take that as an opportunity to beguile me with a seemingly endless supply of dirty jokes. Bob spoke through a gruff and slurred speech, so often times you would have to ask him to repeat himself, much to his chagrin. I didn’t mind Bob. He was nice enough in a one-on-one and in small doses. I kind of felt bad for him in a way, being lonely and confined to a wheelchair. He lived across from us for a few years. That meant dropping off baked goods that my mother had made during holidays and celebrations, as well as helping him hand out candy to the neighbourhood kids during Halloween while ensuring he did not scare them with a hail of obscenities – something, Bob was good at!

One weekend during a sticky summer’s night, I was home and downstairs playing videogames on the computer. My mother had gone to bed several hours earlier, so I did not have to worry about being told when to stop or when to go to bed. I was in my element; a seventeen-year-old, lanky kid with a light dusting of Cheeto dust on my fingertips, a freshly poured Pepsi sitting beside me while feverishly clicking the buttons on the keyboard and mouse, trying to get to that next level! It was well into the early hours of morning, so, when the house phone clamored to life, it startled me enough to cause a jolt to course through my body. Obfuscated at the sudden sound of our phone, I apprehensively reached for the receiver to answer whomever it was that was calling. I took a quick glance at the call-display and it read, “Bob.” Bob?! What the hell was, Bob calling at this time for? I pressed the button to answer and then held the phone to my ear, “Hey, Bob… what’s up, man?” I was met with the static sound of an open phone line, but no spoken word.

I was about to hang-up, but something refused to let me. So, I spoke aloud his name one more time, “Bob! Are you there?!” A ‘grunt’ of exertion suddenly emanated through the phone and into my ear. It was followed by another and another after that. My brow sufficiently wrinkled with perplexity, I continued to listen. I don’t know why or what made me think to ask what I did next, but I felt compelled to do so; “Bob?! Bob, are you in trouble? Do you need help?”

I pushed back and away from the computer desk and darted towards our front door while sliding my shoes on. I unlocked our door and began racing across the parking lot over to Bob’s place. I ran to his entrance way; a sliding glass door that faced towards our place. It was locked. While futilely pulling on the door a time or two too many, I noticed a light emitting from Bob’s room. I ran from the sliding glass door and over to the window that would be, Bob’s room. I was able to see in through one of the slits of the blinds – Bob was lain on his bed, covered in what appeared to be tar! It was black vomit… I smacked the window so as to alert him to my presence. I told him that I was going to get my mum up and ask if she had a spare key. I turned 180 degrees and ran with Olympic pace back towards my place. I crashed in through the door and ascended the stairs to the upper level of our place with effortless ease. I swung the door open to my mum’s room and bellowed sharply, “Mum! Mum get up! Bob’s in trouble! Do you have a key to his place?!”

“What? Matthew? What are you doing in here?”

“Mum!! Bob is sick, he needs our help! Do we have a key to his place?!!” My mother was now suddenly awake and alert to the severity of what was going on.

Sherry was a neighbour and mutual friend of ours and Bob’s. I descended the stairs ignoring my mother’s request of further details. I once again sprinted from our door and over to Sherry’s place. I banged hard and heavy on her front door. It likely sounded like a hammer at this ungodly hour of the morning. Fearing that Sherry was taking too long to both hear and process what was happening at her front door, I left her porch and ran back over to Bob’s place. I made it back to his window and could see that he had erupted like a volcano once more, releasing even more black and tarry vomit all over himself and his bed. It was at taking inventory of that sight that I had made the brash and executive decision to smash, Bob’s sliding glass window. I began surveying the ground around me, looking for a rock or branch sturdy enough to complete the task at hand. Unknowingly to me, my mother had followed quickly in behind me and had managed to wake Sherry and procure the key needed to open the door to his place. I looked up in time to see my mum unlocking the sliding glass door. I did not even wait for it to be open fully before barreling into his dwelling and then rounding the corner from his living room into his bedroom.

Bob was lain on his left side, facing the window and ignoring my calls to answer as I entered into his room. I scurried in through his door way, I flicked on the light and was then confronted with a truly pernicious sight; Bob was covered from his chin to his toes in a thick, viscous emesis. I maneuvered around his bed so that I could make eye contact with him. He was able to follow me with his gaze, but unable to speak or move. I did not know it then, but, Bob was having a stroke.

I called the ambulance and while waiting for their arrival, I used a towel to wipe the tar-like blood and stomach contents away from his mouth. I wasn’t even concerned with the foul stench that it possessed, but I remember it just fine…

When I got older, and became a paramedic, I responded to another call early one morning; it was for a man named, Robert. He was an elderly gentleman who was sitting at the kitchen table eating morning toast with his wife. When we arrived, she said that she had called because as they were discussing the daily news over breakfast, her husband, Robert began speaking nonsense and then degrading into jumbled speech that made no sense at all. By the time we had gotten there, Robert was showing obvious signs of a CVA (cerebral vascular accident – a stroke). His face was melting away from bone on one side. You could almost watch the progression of injury.

My partner and I worked quickly to package, Robert and take him to the ambulance. His wife, who was too old to drive, would come with us. She would sit up front with my partner while he drove lights and sirens to the nearest stroke centre and I would remain in the back with, Robert.

I was bounding around the ambulance trying to start a line (intravenous). While I was grabbing equipment and suctioning, Robert kept using his one good arm to reach for me, I think to seek comfort in what was going on. I looked at him and told him while holding his hand that I needed to work quickly while enroute to the hospital, and that this meant I needed both hands free. I kept saying his name so as to ensure that he knew I could see and feel what he wanted. His wife must have heard me calling out his name over and over, she leaned in from the front of the ambulance and spoke loudly into the back at me, “Oh, dear, he goes by, Bob!” … 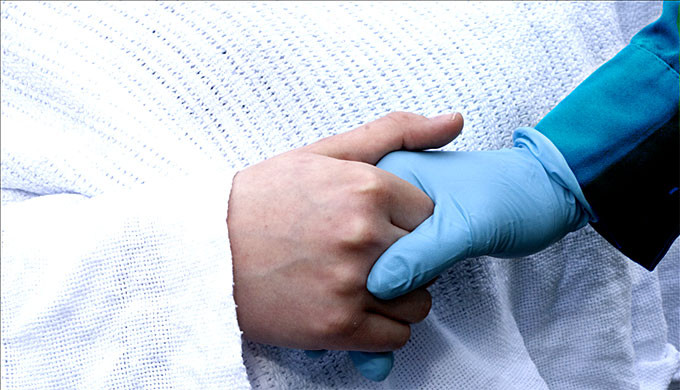 “Okay. Thanks… Bob, I gotchu, okay? I just need my hand so that I can help you. Okay? Please?”

Bob would let go… and I would do my best.

He too, would die later that night, beneath the flickering phosphorescent lights of a hospital room. When my shift ended, and I went home, I would pick-up the phone and call my mum to tell her about the day. She was a good mum in that she always knew when something was wrong. She could just hear in my voice. She pressed me to tell her about my shift, so I did. I told her about everything in the day until I got to, Bob. Suddenly, Robert and, Bob from many years earlier became synonymous with one another. I stopped myself and told my mother nothing. I played myself off as just being tired. Which wasn’t a total lie, I was tired… being around death has that effect…

I was seventeen when I first watched a man die. I did not know it then, but he was merely the first of many…