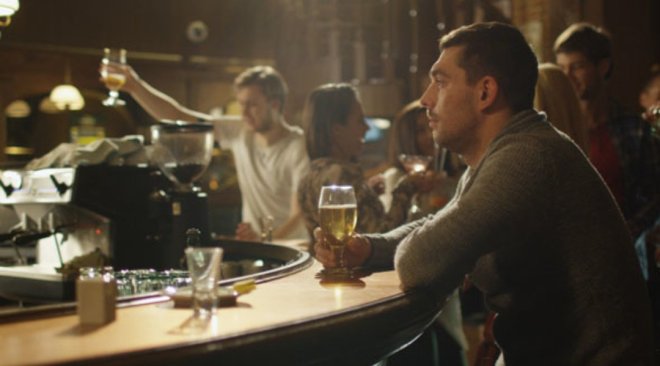 I believe I have mentioned it before, somewhere within the verbose script that is my blog, how a simple gesture that is meant in kindness can cripple me for a few yet agonizing seconds. I am positive that within a passing paragraph or two I have lamented about it. Though, not in detail, not yet… It is a benign act that can take me to my knees. A motion of small physicality, but with giant consequence. I fear that in the past I may have only hinted at it without actually divulging it. Sometimes I speak selectively so as to be able to satiate inquiring minds whilst keeping the burden of pain locked away deep inside. I do not do this to punish myself – at least, not wittingly. It is just something that I do.

As I continue to navigate through the murky waters of therapy, I am often forced to admit startling revelations about myself. About my trauma. About my pain. I often have to confront tough choices. This can lead down a rabbit hole of memories and heartache, something my therapist is good at bringing me back from. It is when I am alone, and the sun hangs low, just before the point of its disappearance that the hole grows wider and deeper. There is no therapist’s life line to grab onto should I begin to tumble. I have to rely on myself to stay out of that hole. I am not always successful – a losing record, you might say – I’m definitely not the Yankees. It is the fear of descent that recurrently leads me to the bar – the place of distraction. I attempt to stop the freefall by enveloping myself within the ambiance that is festooned with bedazzling escapism. Flawlessly pretty faces, wafting perfumes and clamoring conversations of the many. The neon nictation of the television screens act as a compliment to it all. Ironically, it is the bottle that begins the freefall. Like Alice, I become lost…

It is also ironic that the very thing I loath and detest is a ritual of plenty within the walls of those places. It is a gesture hallmarked between buddies, pals and friends alike. It is a simple thing. Something that should not bother me, and yet I hate it beyond measure… vehemently so! The thing I hate is this; being tapped on the shoulder from behind whilst sitting and unsuspecting. I am not referring to a simple finger tap, I am referencing that overzealous gesture of slamming one’s hand into the meat of another’s shoulder as a way to say, hello. I know this seems benign and trivial, I get that. And I suppose objectively, it is. Subjectively, though? It is anything but. That descending hand collides with the weight of a hammer to me. Slam! It catapults a startling jolt of adrenaline through me. A causation of an event lived once before, some years ago. Twelve years ago now, actually. On a sunlit morning in August, I felt a hand land onto my shoulder. My left shoulder to be precise. It was on the day of the funeral, and I was standing alongside my uniformed brothers, securely holding the casket belonging to our fallen brethren. We had come to a stop just before entering the church, this was a planned cessation of movement. It was to allow time for the blood brother of our fallen hero to come up behind me, place his hand on my shoulder with a, tap, thus signaling for me to remove myself from formation and allow him to take my place of carry. I have never felt a hand so heavy.

It was a simple tap. An act I was readied for. and yet that simple slap to my shoulder was of the most agonizing I have ever felt in my life. It shook my spine like the freshly plucked string of a guitar. It rattled my fucking world. I was about to relinquish the burden of death that was held within my hands, and willfully pass it to our fallen comrade’s brother. What an awful thing to have to do. Grief is immeasurable, sure. But, having felt the weight of a bereft brother’s hand landing without mercy onto my shoulder, one thing I am able to tell you as fact; weightless it is not… It lands with the ferocity of a bomb.

He stood in behind me for a few seconds before tapping my shoulder with his open hand. I could hear his mournful breathing. That unmistakable shutter of exhaled pain. It hit the back of my neck and shoulder. And then, so did his hand. Slam!

I was dressed in full military regalia on that day. Head to toe I was without mistake. Perfect in discipline and uniform. But this also meant that the transition from holding our slain hero to allowing that hero’s brother entry to my position of carry, was to be done with militaristic exactitude. I was not to make eye contact with the keening man. I was not to say a word to him – so I didn’t. But he was under no such military order. He was a civilian burying his brother that died in war. Our brother too, but in a very different way. As I stepped back, the hand slid from my shoulder like rain from a roof. We were now shoulder to shoulder, he and I. His head and gaze askance towards mine, while mine maintained forward line-of-sight.

“Thank you, for carrying him” …

His words whispered just beneath the wind, landing with the weight of a butterfly to my ears. I said nothing. I stood rigid and motionless. Out of my periphery, I could see as the wounded man slid into my locality of carry beneath the casket. His brother was now fully rested in death upon his hands. In that moment, just before they began moving as one into the church, I began thinking of my own blood brothers. I thought of what it would be like had I been woefully burdened to carry one of them. And I wondered if they would in kind, perform the same gesture that this brave soul was doing for his? … A horrible thought to have when readying to burry one of your brothers-in-arms. An awful lesson of reality at the age of 23.

I was ordered to follow closely in behind my brothers. I watched as that wooden box atop of their shoulders swayed with each step taken. My brothers were in uniform, the man carrying his brother, a suit and tie. Another painful image of contrast and reality that day. When the ceremony was over, I was to pick that casket back up, and wait for another tap. He wanted to carry his brother from the church to the awaiting hearse…

TAP! The ceremony was over…

I would rejoin my position of carry at the cemetery. I, along with my uniformed brothers would carry our fallen man to the place where he would rest for the remainder of time. Before laying that casket into the ground, we would remove the flag that had rested atop of it. We would hold it in our hands and fold after fold retire it to a formation of somber symbolism. It would then be handed to the repining mother of our fallen hero. She too was mere feet behind me. Though her hands never tapped me, her wails of loss did. Perhaps this was intensified by the fact that I was not on speaking terms with my own mother, regretfully. I knew that when the final tone of the trumpet fell silent, our duty would be over. I would watch as a stricken mother left her boy to rest in the cemetery, and all I yearned to do was call mine from it – but she refused to answer my plea… So, I stood alone for a few moments by a tree instead. Continuing to feel taps on my shoulder, much to my chagrin. They were coming from my fellow brother-of-arms. We were now consoling one another out of view of the grieving family.

On that day back in August, my shoulders felt the heft those taps and those cries of pain. This is why I hate when people come to me from behind and tap, with a gleeful grin of blissful ignorance. I hate when people are behind me, too. I loath when that hand slams against my shoulder. It’s like a button; you press it and all I see is a fallen brother, grief and the loneliness of despair. I am 23 again, feeling the reality of war and consequence. Calling out to an absent mother… Though she was alive back then, she wished in anger that I wasn’t. She never knew it, but part of me did die that day. A youthful innocence was lowered into that ground beneath the hot August sun. Afghanistan was no longer just a story on the news. It became more than just a place on a map. It became a murderer! A stealer of men.

Years later, when I was released from the army and working as a paramedic, the instances and frequent nature of being slapped from behind were begrudgingly plentiful. Sometimes it was an act performed by colleagues and grateful family members, other times it was initiated by those who wished me harm. People trying to hurt me. Needless to say, those occurrences did not soften my aversion for the tap! If anything, those occurrences merely added to my rage for it.

From that day forward, each time I feel the weight of hand greet my unsuspecting shoulder or back, weather cordial in manner or not, I am instantly removed from where I am, and sent back to the outside of a church, waiting for a tap. Holding a dead man. It takes me a second or two to reacclimate to the present.

I told you before that it is a simple and benign act, and it is! But to me, there is nothing simple nor benign about the cancer of memory. I do believe this is the first time that I have explained this in detail to anyone… This post has taken me three days to write – I didn’t know how to say it without sounding stupid or weak… I mean it is nothing, it’s an act that literally means nothing to so many! Yet, to me, it means absolutely everything in-between life and death; as it was the tap that precipitated the irrevocable lesson in both.

Oh, and I hope this goes without saying, but don’t tap me from behind, yeah? Just come say, hi!