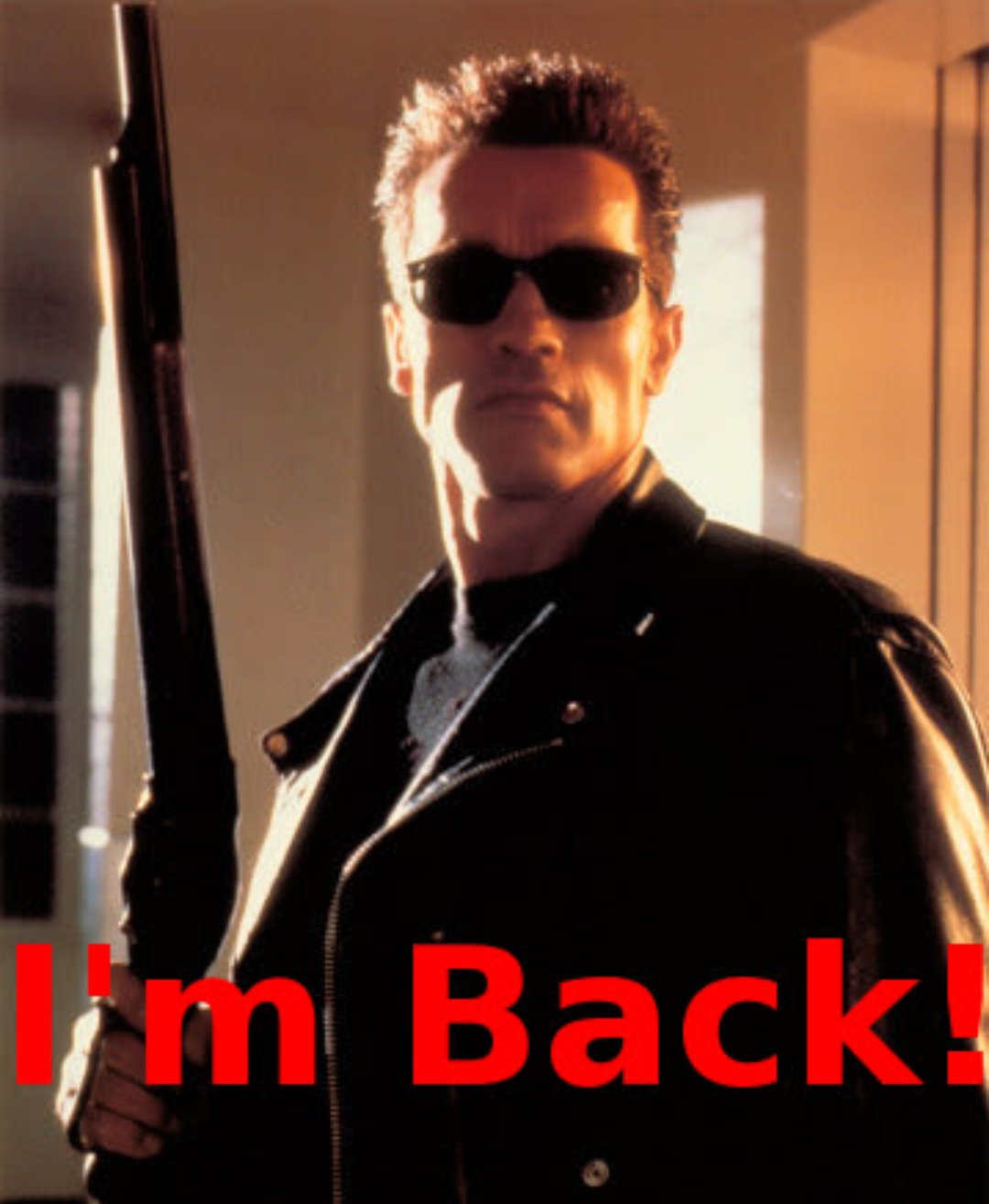 Hello everyone! Don’t adjust your eyes, it’s true – I am BACK!

I know that it has been a while since my last post and I would like to humbly apologize for my truancy. Now, when I say, unexcused absence, what I mean is that I simply and seemingly disappeared without warning nor explanation. I would like to give that to you now.

Several months ago, I conceded to having a problem. I sat somberly within the confines of my therapist’s office and with lowered gaze and weighted introspection I spoke the words aloud for the first time – I am an alcoholic…

Those of you whom have followed the blog and read its purple prose may not be shocked at all by this revelation. But I assure you that I was. Not because I was in denial. At least, not in the traditional sense. I was shocked because it had taken me so long to speak that utterance aloud. As a medic I know all the signs and symptoms associated with alcohol abuse and latter stages of dependence, and I simply chose to ignore them with respect to myself. My blood pressure was rapidly ascending into imminent danger territory, I was unable to sleep without the assistance of a cold one… or two… or three… or more… I began skipping meals and partaking in that of a liquid repast instead. The food pyramid simply became an upside-down bottle. One by one, I was drinking myself to death. Slowly. Methodically. Dangerously. And perhaps, purposefully… 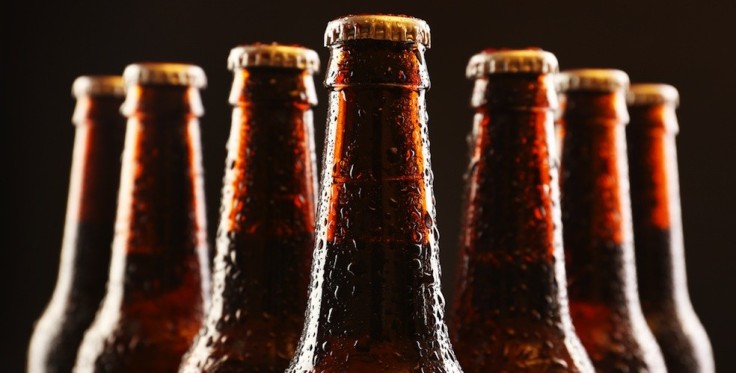 I was doing this right up until that fateful day when I found myself sitting slackly in a chair within my therapist’s office. She posed to me a rather simple but poignant question, “Matthew, do you think you have a problem with alcohol?” My tongue readied a response that was to be shot quickly from my mouth and the answer was erroneously going to be, “no!” But, before allowing impulsivity to lead the way, I hushed my tone and kept my mouth shut for just long enough for my brain to take inventory.

I began searching through my corridors of memory. Specifically, those less pleasant to me. I came across my DUI. That muggy summer’s night when I was instantly halted by the piercing relucent red and blue of a trailing police car. I stopped, pulled my car over and admitted shamefully to being drunk. I never fought the charges. Instead I humbly donned the appropriate moniker of criminal. Then I recalled the morning of the stroke. I was on a day shift and completely enfeebled by a ferocious hangover. I had planned on taking some Gravol at work before any calls came in, but as is the way when angry EMS God’s spot a medic needing respite – we got a trip right away.

The call was seemingly innocuous. None the less, there was no time to self-medicate the lingering affects of the night before. Although the call notes were vague, we were to respond lights and sirens – and we did. The ambulance jostled and yawed through the arteries of the city as my partner circumnavigated through halted lanes of traffic. By the time we arrived on scene, my stomach had reached the back of my throat and I was being told forcefully to open my mouth and let the poison out. The ambulance slammed into park and I flung the door open at the same time and expelled all the mistakes that I had made the previous night all over the residential roadway.

My partner told me to gather myself and then come in, I obliged. I remained leaning against the truck, allowing for the subfreezing bite of that winter’s day to soothe my troubled body. Before long, my radio clamored to life with the metallic voice of my partner breaking through. He told me that he needed me and the gear inside, “now!” Turns out, the patient was having an active stroke and needed speedy extrication and transport. During that extrication, I found myself at the head-end of the spineboard, carrying this man and his exsanguinating brain down the stairs. While doing that, my stomach once again lunged to the roof of my mouth. A cold sweat birthed itself to my skin. I was about to puke. And had I done so, it would have been all over a dying man…

Fortunately, for me, I was able to resist and fend off the projection of poison. It stayed in my mouth, forcing a likeness to that of a feeding hamster. My cheeks bulged laterally outwards and I just held the hot sick in my mouth as we descended the stairs.

Taking only those two things into consideration, the only fair answer to my psychologist’s question was – yes… yes, I have a problem with alcohol. 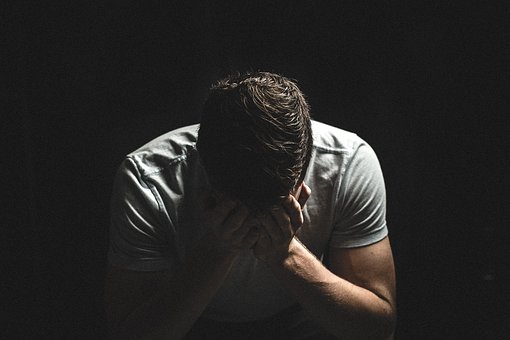 That concession initiated the start of a new and much needed direction in my life – rehab. That’s where I have been, in a place I should have been long ago.

My stay was for six-weeks. Six-weeks of 7-days a week therapy and classes. To say that this was a challenge is an excellent example of an understatement. The dry-out process was difficult but easier than what some have to go through. I did not have to go through an observed detox, I showed up to the centre sober. However, over the course of several days my body began to bleed sweat from its pores, forcing the alcohol from my system. Sleep became almost impossible. Not only was I physically uncomfortable, but the demons that I spent so long trying to drown resurfaced with a scornful vengeance. Nightmares began to cripple my senses. I woke up screaming so badly one evening that the nurses had to enter my room and reacquaint me with the here and now. They stayed with me as I cried for almost an hour. All the years and all of the dead came rushing back at once. I began to grow fearful of closing my eyes.

As children, I am sure that we have all tried to keep our eyes open for those extra few seconds of wakefulness. This was usually done out of youthful vigor and protestation of slumber. For me as an adult, this was done out of absolute fear and trepidation of sleep itself. Behind my eyes are where the bad things live. As more alcohol left my system, more ghosts returned.

I fought back, though. By fight back, I mean that I stayed in the program. I did not quit and flee to the nearest bottle. I will concede, though, some nights I really wanted to…

I allowed for the skill of those around me to help me. I allowed the softly spoken words of kindness and reassurances to reach my wounded soul. I allowed them to care for me. This is hard for me to do considering I hold a deep core belief that I am nothing worth caring for. But they persisted. Compassionately. Empathically. Willingly. So, I stayed. I saw the program through to fruition. And now, now I am speaking to you for the very first time, sober and clean. These words are untainted of alcohol. They are my own. I have not been sober in years. Yes, years. And now I am. What you are reading is me. The good, the bad, the ugly. All of it.

So that’s where I have been – in rehab. And now I am in recovery. I am working steadfast and pertinaciously to get better. To heal and grow. I have challenges ahead. Steep inclines of grief to face and trundle over. I need to do that while finding self-worth. But for the first time in probably forever, I am hopeful that I can do that. That I will find what I need to survive. Because I found pieces of that strength and perseverance as sobriety took hold. This proves that I can do it. That others want to help me. For whatever reason, people love me. And for that, I am eternally grateful.

2 thoughts on “The Return!”