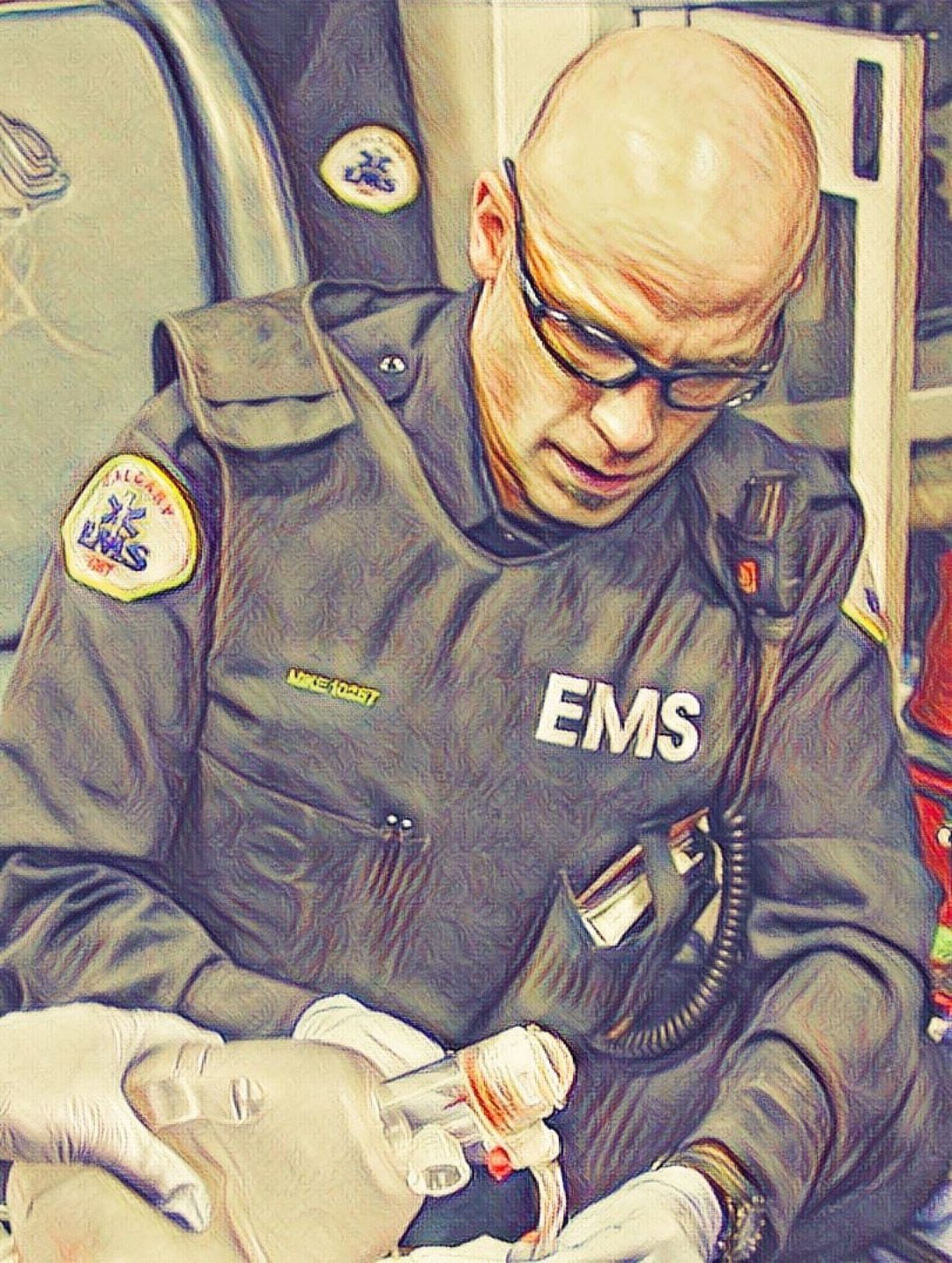 In my dream, I am helpless against it. No matter how hard I try, the pull of a flawlessly pained memory is set too deep. I am doomed to relive, revisit and reexperience all of it. And that’s what I do. My pleas of protest fall silent, just as they had on that day, too…

The dream is not ghostlike. It is vivid and real. As real as anything that has ever been. And as the days of the calendar fall, we inch closer to that abhorrent day in May. The dreams grow more intrusive and unforgiving. Last night I woke, crying in my bed. My breathing was rapid and untamed. Most of me knew that I was home and in bed, but there remained a wounded sect of me that stood graveside on a warm day in spring. Watching as the detritus of a fallen loved one was lowered into the mouth of the earth. Swallowed whole and removed forever. Digested into the ether of the unknown and unseen. But before we allowed for the cruel world to feast on our brother, we removed the sullen flag of our nation and handed it to a now grieving widow. Her husband, our brother and a country’s hero was dead. 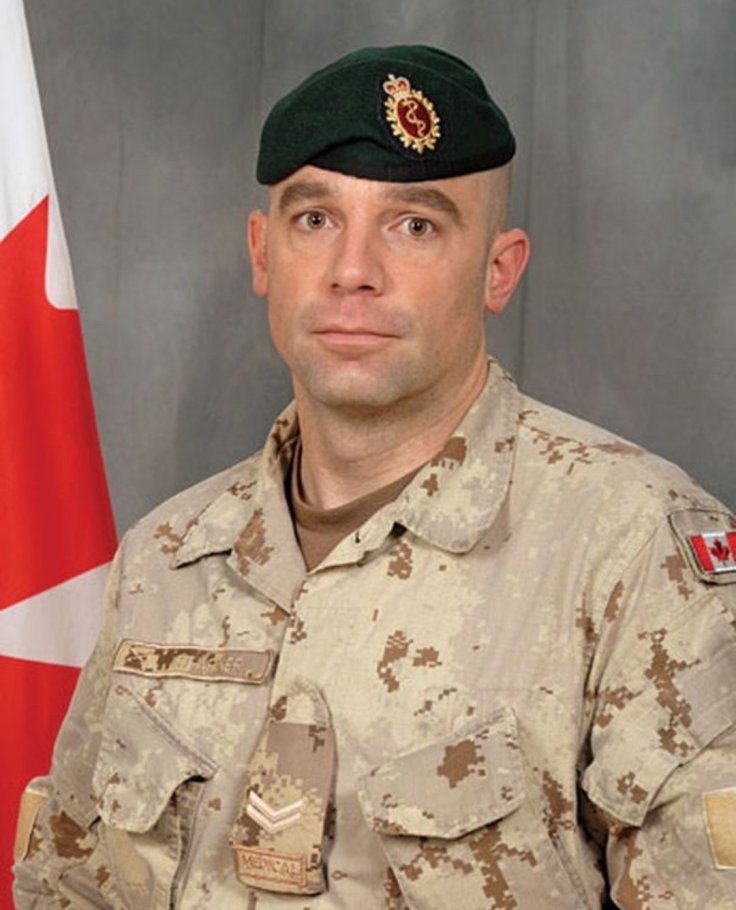 I removed myself from the sweat stricken sheets of my restless place and took up residency on the couch. Thoughts of that day continued to pour into the forefront of mind. I remembered the day I stood woven in the fabric of uniform. I was in a large hall, surrounded by other uniforms of varying rank and experience. Outside the walls of this vapid backdrop were hoards of news vans and cameras. I hated them. I loathed them for revelling in my brother’s departure. To them, he was a headline. To me, he was family. A man of austere presence and unmistakeable humor. And outside of hating them—the peering inquisitive—I think what I hated more were the orders that had been handed down a few short hours ago. We had originally been given the choice to stay back from the viewing of our fallen brother. We were told that we didn’t have to go and see him. I took that generous option. However, some officer in some place far away whom decided that he or she was too important to come, demanded by way of orders that we must attend the viewing. That we must gape upon our deceased brethren. So, there I stood; in a large hall with the focal point being an opened casket in the center of the room. Dressed in uniform, standing in line, waiting my turn to look inside the dark oak and satin lined tomb where my brother lay.

Hidden away within the centre of my being, my heart banged like an out of tune drum. Each step I took that brought me closer to his remains ignited a fury of wallops against my ribs. It got so bad that I could hear it in my ears. I began to feel a simmer of heat burn from behind my eyes. I was devolving. The civilian in me wanted to break down and mourn the loss of this great man. To lament against the reality of it all. The stoicism of soldier held firm though, I did not break. I did not cry… yet.

When the airman in front of me removed himself from view after his turn at the side of the casket, it was now my burden to step closer. And I did. I was now in full view of what once was my brother. Confusion and denial bit deeper into my flesh. I was confronted by an image that looked nothing like the man I once knew, and yet was undeniably the very same person. He too was dressed in his army greens. Medals pinned to his chest. His collar was pulled too high. It was rested just beneath his chin. Out of instinct and training, I wanted to reach in and square him away… but I couldn’t, because this was not a mistake nor an oversight. He was squared away. Dressed the way he had to be. This further cemented that my brother was gone. I felt the civilian inside poke against my eyes once more and once more I demanded his reticence.

When I had had enough at gazing the remains of a slain hero, I removed my stare and stepped to the side. My obligation was not yet finished though. Now in view, was an angelic woman with blonde hair and a beauty saturated by sadness—his wife. My brother’s wife. The blonde widow. Knock, knock, said my heart, continuing to thunder from within.

On May 6th of 2008, Cpl, Michael Starker was killed far from home in a land of sand and stone. A desiccated place. Hell on earth, if you ask me. The stealer of men.

A few short days later, Starker would return home, draped beneath the embrace of our nation’s red and white. Starker would be lain to rest in the heart of a city, Calgary. A place where he worked as a paramedic. A place where many are left alive and standing by his own hand. Starker was by way of definition a hero. But you would never hear that utterance spoken from his lips. You may hear a curse word or two, but for certain, no self-aggrandizement. 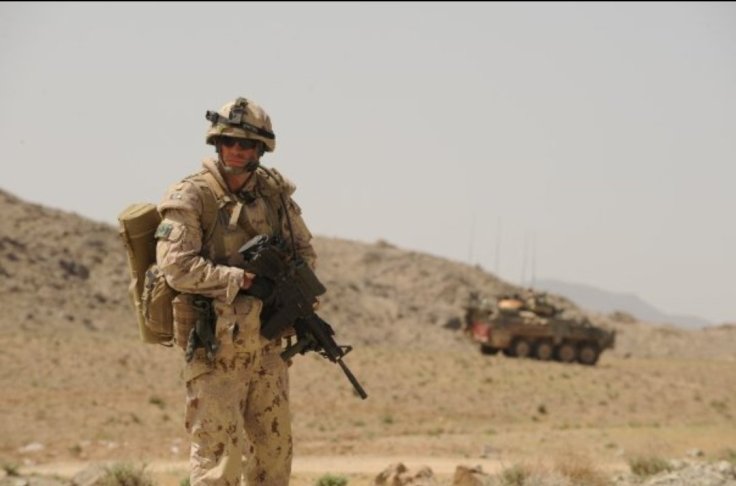 Later in that day, the day of infamy where I was demanded to stare at a dead man masquerading as my friend, we went to the pub. Me and a few other soldier’s that knew Starker sat atop of a wobbly round top, drinking pitcher after pitcher, surrounded by muggles. The blissfully unaware—civilians.

After a few knock backs of amber hue, Private Bloggins stood up and boisterously called for a hush to the room. A wash of apprehension and obfuscation painted the faces of the now silent and watchful. Bloggins began to explain what a loss Canada had just suffered. He spoke of Starker and of who he was. His voice broke once or twice with the weighted tongue of somber word, but he was able to keep it together for long enough to call for everyone to raise a glass and praise a man who was painfully absent from the room. They obliged. We drank well into the night.

Come morning, not only was I kicked from bed by a remorseless hangover, but also slapped by a lingering reality that the night previous was not just a bad dream. Starker really was dead and gone. Still is…

I would like to tell you that each passing year it gets easier—it doesn’t. Pain like this does not ever really go away. You just sort of learn how to manage it with each waking moment. It’s like an invisible scar—the pain may not be present in the now, but you remember it just fine. 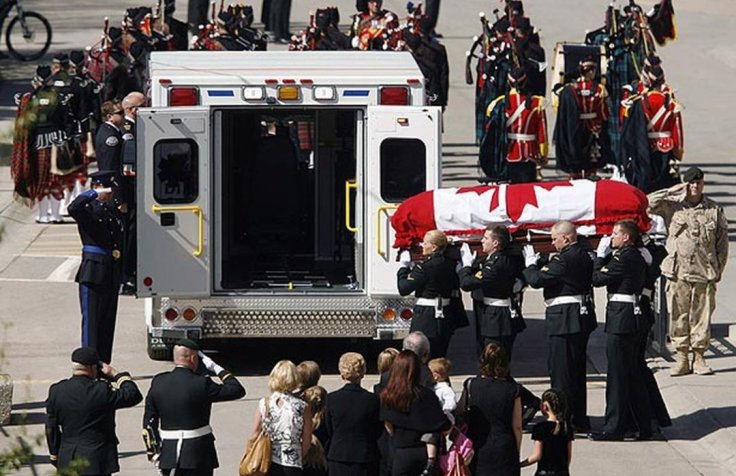 Starker was a good man. Stern, north, strong and free. Make no mistake, we live free because of men like him. And men like him are a damn rare breed. I am beyond humbled to have shared ranks, uniform and profession with a man like that.

The first man I ever met in my life was a man who beat me. Hurt me. A man who tore my family apart. This man’s name was “father.” That was my introduction to man. Meeting men like Starker showed me that there were real men out there. Men who stood against all the things that go bump in the night. Starker was the thing that shadows were afraid of. That man died fighting. And I will fight everyday, every year and every anniversary to tell the world about him. I will stand on a wobbly barstool and demand silence. I will then tell the story of my burden… and my blessing.

Starker, I will remember you. 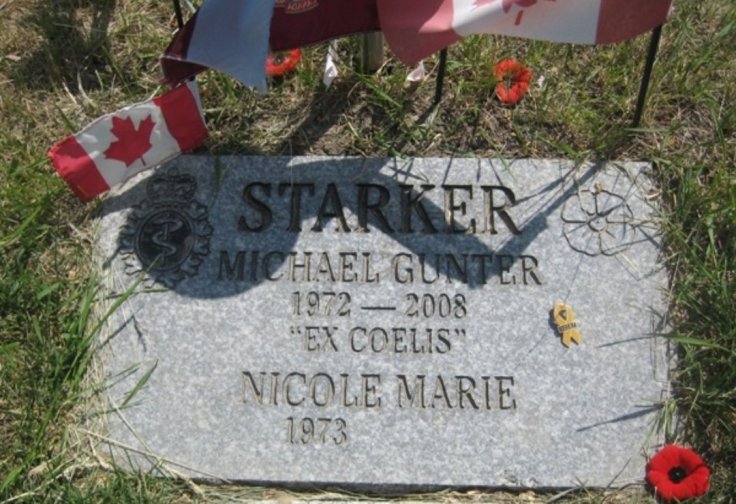 Until Valhalla, dear brother. See you some day.

3 thoughts on “The Burden of Blessing.”