This story, like so many, begins in a bar. But its origins are not rooted there…

I had finished work a little while ago, and the thought of going home was not an attractive one. I knew what was waiting for me and although it would have been fairer of me to go there, I did not have the energy to imitate normalcy for the benefit of an apathetic girlfriend.

As such, I came to the only place where I knew that I could be left in peace… so long as I paid my bill… the bar.

This was not a fancy place. It was dimly lit, and housed crooked floorboards and aging wooden beams with jagged lacerations carved into their varnished flesh. The bar-top was sticky. Should one look hard enough, they could see the spilled remnants of an alcoholic’s overturned dreams.

There was music playing in the background, a subtle tune that helped to drown out the monotony of drunken monologues being enthusiastically slurred throughout the bar. I liked this place because unless you came with someone, all other patrons would simply leave you alone. The only forced colloquial exchange that needed to take place was when requesting a drink, which by this point in the evening had devolved into a simple gesticulation of the hand that the bartender recognized as meaning: “refill”.

It helped that the bartender was pretty, most of them are.  But I was in no mood to flirt nor talk. So, I just sat quietly, sipping on a bottomless glass of whiskey. I was getting numb, the desired effect for a man and his wounded soul. I hadn’t even fully changed out of my uniform; I was still wearing my paramedic pants and boots. My overshirt was tossed lazily to the passenger side of my car before coming inside, it’s safe to say that I looked a tad out of place. I suppose this lent itself to the inevitable curiosity that motivated the server to come and start speaking with me. She had just finished dropping off a round of drinks for a nearby table.

“Hey… so… are you like… security, or something?” The brunette asked.

Slightly taken aback by her blunt inquisition, I responded through whiskey breath, “depends what you define as good, I suppose…”

“Probably a lot better than me.”

“You always come out in uniform? Try to woo the ladies?” She queried with an obvious grin.

“No offense, Miss, but am I really giving off a seductive vibe? Does it appear as though I am looking for love?” She laughed awkwardly.

“Haha… no. You look a little grumpy, actually.”

“Wanna talk about it?”

“No, ma’am I do not. Thank you…” The second half of my retort was orated softer than the first. She began to walk around me, returning to work. But as she passed, she tossed a sentence over her shoulder that landed in my drink, “You look a little sad, too.”

Astute, for someone who is paid too little. I thought to myself.

She was right, I was sad. Still am…

I was drinking because I had come to a sullen realization while on shift. I had grown accustomed to something that I had once thought impossible to feel indifferent about. Earlier that day, I had responded to a quiet little home in the city’s south end. The culmination of that call would result in the delivery of a death notification. I explained to a wailing woman and her family that her husband, their father was dead… and I felt nothing. I relayed this life altering truth with the same level of ease that I use when ordering my morning coffee… 2 milk, no sugar.

I was sickened by myself when I left that house. I even spoke to my partner about it. He assured me that what I was feeling was normal, as he felt… or rather, didn’t feel it either. He said that this was part of the job and that we see so many dead people throughout our career, at one point or another, you just stop feeling it. I had heard that once before, also. I had always held thought that that did not apply to me. No way would I ever stop feeling it.

Well, on that day, I did. I stopped. My eyes had grown familiar with the macabre imagery of the newly departed.

As the night traipsed on, my wallet became lighter and my pace of consumption quickened. I had drunk myself to the point where there was a slight wobble to the room.

“Hun… do you want a water?” The bartender asks.

The server from earlier must have been within earshot of me as I now felt her standing beside me.

“Been here a while now… Sure you don’t want that water?”

“Can I level with you…? Can I tell you something and you won’t judge me for it…?”

She gawked through her big brown eyes at me.

“Well, you look sad. Have a water for me… I’ll get you another whiskey, too… okay?”

I nodded yes. Anything for more medicine. 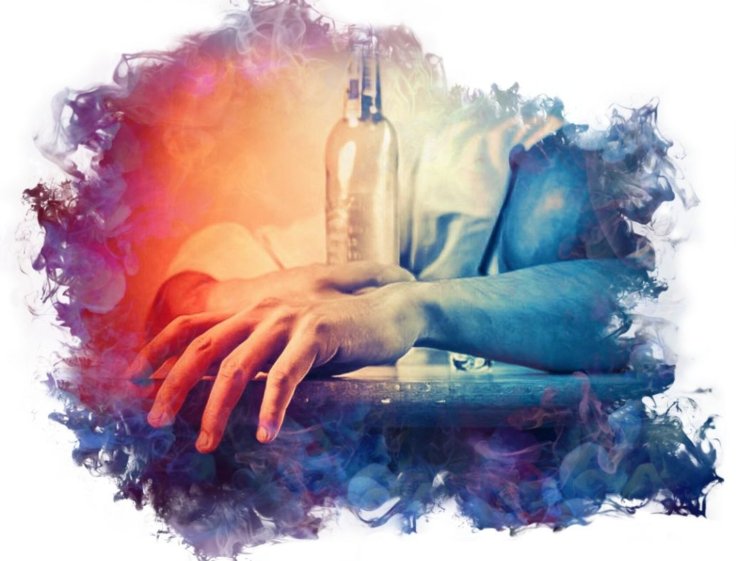 While I was waiting for my beverage to arrive, I reached into my pocket and withdrew my phone. Angrily on display was a notification of 38-missed calls… calls from Miranda. Hit with a sudden wave of guilt, I dialed the number for home. To this day, I can hear her scorned vituperation.

When she had finished berating me, I spoke softly into the speaker.

“I dunno… he’s just dead. Fuckin, died right there in his fucking chair.”

“Matt, what are you talking about?”

“A dead dude… I fuckin felt his neck… no pulse, dude’s dead.”

“Did you know him or something?”

“What? I’m confused… you don’t give a fuck about a dead guy that you don’t know so you went to a bar and got drunk instead of coming home?!”

I inhale deeply and straighten my back.

“Well, you’re mad. You’ve been bitchy with me all day. Why would I want to come home?”

I just had a hard time reconciling with the fact that I had become alright with seeing death. I was now used to seeing dead adult bodies in all sorts of manner.

One thing I hadn’t gotten used to… still haven’t gotten used to… is seeing dead kids. Something about their tiny bodies haunts me. It always affected me. Probably always will. I think it was the fact that our equipment never seemed to fit right. Even the stuff designed for kids and babies… it just didn’t look right.

I felt conflicted. I think that’s why I was drinking with such vigor. I could recognize that today was sad, I just couldn’t feel it. But sitting there at the bar I began to weep. I started picturing all of the paediatric calls that I had been on up to that point in my career, and the dam just broke. 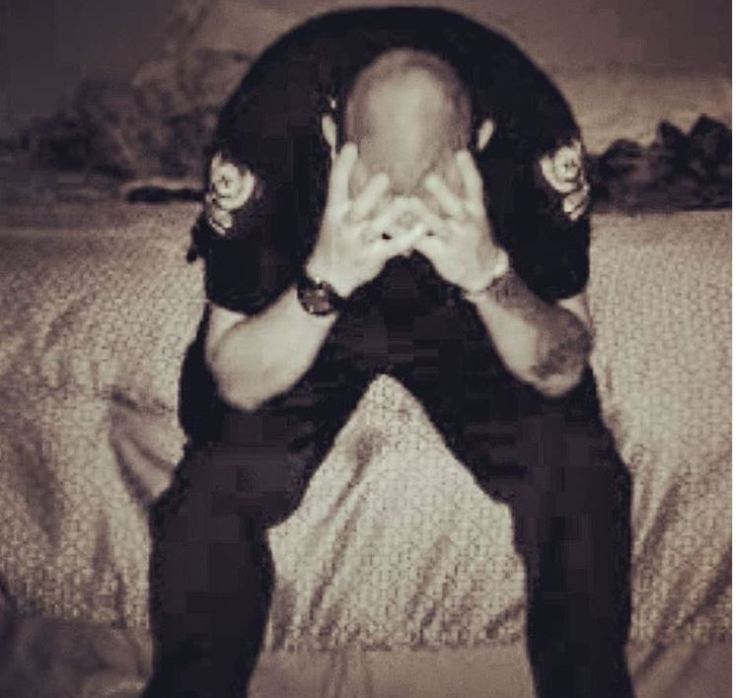 I called for the bartender, paid my bill and hailed a cab. When I was dropped off at home, Miranda must have heard me struggling to open the door with my key, she came and let me in.

“What’s up with you? I’ve never seen you like this?”

“I think I’m fucked…” After releasing that utterance soaked in whiskey, I fell to my knees and began to howl into my hands. I’m a monster…

And that’s exactly how I woke up in my bed just now… sitting upright with my hands covering my face. When I pulled them away, I felt the ghostly weight of a dead 3-month-old etched to my palms. In the corner of the room, a dead guy on a chair…

It took me a few minutes to gain my bearings and figure out that I was in my apartment. It took a few more moments to convince myself that I had just had a bad dream. A nightmare. I think it’s safe to say that the apathy has disappeared, and the weight of the dead has returned.

Truth be told, I don’t think I ever really stopped caring about the dead. It just became easier to feel angry and drunk. For me, my time as a medic was one marred by unprocessed trauma while experiencing new waves of anguish. I think my body had just had enough and could no longer function properly. As such, everything became confusing.

And now, here in recovery, I am starting to feel and remember all that of which I had once buried and hidden away. I remember the dead man. I remember his family. I remember being angry that there was nothing I could do. In that anger it became easier to find fault and flaw within me as opposed to feeling anything objectively sad. And that anger was also thirsty… so that’s how I ended up at the bar.

Today? Today I ended up by the lake. I watched the sun crawl into the sky, yawning to full phosphorescent bloom. When the remains of darkness had been strangled by the growing expanse of a new day, I turned and slowly plodded back towards my place.

I went inside and sat down on the couch with a drink in hand. I lowered my gaze and felt a smile pull itself to one side of my face… both the waitress and bartender win… I was now drinking water.

The thing about a sober mind, is that yes: I sometimes re-experience and relive these terrible moments of my life. I hate them. I won’t lie to you and say otherwise. But I can tell you that water soothes me more than whiskey ever did. I don’t feel as though I am consuming a beverage of lies.

The ice cold water becomes a shock to the system. It feels like a chilled hug from within. This fosters growth and motivation to return to the here and now.

I don’t know when the demons will go away… or if. But I can tell you what I do know: I’ll take another drink… water… on the rocks, please.

I saw the sunrise, and just as it beat back the darkness… so will I!