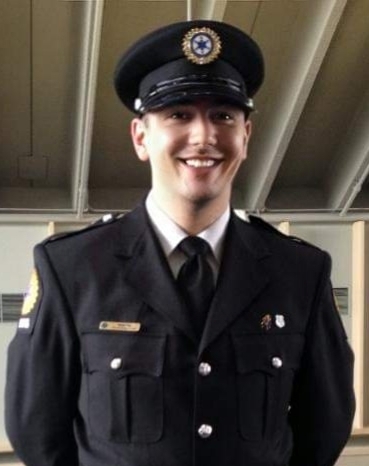 There is an ice that flows through the veins of any salted first responder. A calm amidst the chaos. A stoicism irrefutably characterized by experience. This person is sometimes referred to as a veteran. Someone who has weathered the seasons of perdition. I used to have that chill in my blood. Once immovable in the face of uncertainty. Now, from the second I pull my tired, aching body from bed, through to the time I close my weary eyes at night, I am struggling to keep myself composed and together. The world that surrounds me has become a terrible funhouse of fright and startle. My once steady hand now quivers with anticipation of moment to moment.

I can’t tell you exactly when it changed, only that it did. There are some days that I hate myself for appearing and feeling so fragile. Sirens never used to bother me; they were the sound of back-up… the cavalry on its way. Now, a sudden, sharp and near piercing wail from an ignited siren causes an absolute shutdown within me. The hairs on my neck become rigid like the teeth of a wire comb. Even if the temperature is moderate, I drown in a sea of stricken sweat. These are the chains of PTSD. I wear them with heavy reluctance.

Where have I gone? Where is the man who walked through fire, glass and bone? The man who rushed in while others were running away? What is it that I have become…?

The other night, while laying in bed, I became alerted to a crescendo of agitated voices from outside my window, just up the street. Before long, a cacophony of drunken orations and expletives were hurdling through the night air, pushing in through the mesh screen of my bedroom window. Something bad had happened, or, was happening. I could hear competing voices of anger and fear. People pleading for escape while others called to violence.

As my brow furrowed with helpless intrigue, and my ears pulled back for better acceptance of sound, I heard a terrible consequence of truculence: a shrill scream from a panicked female voice, accompanied by the eventual sight of a fleeing car. Someone had been hit and someone else was running away. Chaos had erupted less than one block away from me.

I leapt from my covers and hastily donned a pair of shorts and a shirt, not even taking note on if it was right side out or not. I knew that someone had been hurt… I have heard enough chaos in my day to understand the nuance of a scream. I wasn’t thinking about anything other than getting downstairs and up the street to survey the unfolding situation. I cantered down the stairs of my building and crashed through the sliding doors, spilling onto the street. The cold nip of an impending autumn was the first thing to greet me. The second was a frantic orchestra of clamoring voices from up the road. I began walking with urgency along the pathway. I walked until my body froze as if to have been halted by the press of a button. My eyes captured the sight of a flashing red hue, careening through the darkness and tattooing itself to the surrounding buildings and balconies. It was a fire truck.

In my life as a paramedic, I have seen this spectacular light show many times. Conducted numerous a display myself. But that’s not me, anymore. I’m no longer the healer… I have become the wounded. My mind refused my body one more step. My eyes were manacled to the flickering display of emergency lights. Hypnotizing me, one blink at a time. Before I knew it, I was on the scene of an entirely different emergency at an entirely different point in time, many years in the past. I began to relive and re-experience a call that I once responded to. A call that held hauntingly similar imagery to what was unfolding outside of my apartment. This, too is PTSD. In these moments, my sanity is hijacked. I am a helpless prisoner of my own tortured mind.

I will not beleaguer you with the details of my flashback. All I will say is that when I returned to the present, much time had elapsed. Exactly how much, I do not know. But I know of its passage because there were no longer screaming voices, nor an escalating violence… only multiple emergency vehicles, ones that had not been there ‘a moment ago’ and one very confused, retired medic—me.

I was standing in the midway point of my walkway, damp, cold and shivering. My sweat-laden hair clung to my scalp and face, pulling downward against my skin. My eyes, wide and unsure.

What have I become…?

I am no longer a man who responds to the bad things. Just one who remembers them, I guess…

I don’t think that part of me will ever go away—the part that wants to rush in—medics aren’t made, they’re born. Like I said, it’s in our blood.

So, what is it that I have become? If not a first responder, then what…? I can tell you one thing I became today… humbled.

Before therapy, while sitting in the waiting room, hating myself for having not helped the wounded that night, my phone came to life. It was an alert to my Medic’s Mind Facebook page. More specifically, a private inbox message. I used my thumb to unlock the phone and began ingesting the contents of this note. It was a lengthy story from someone who had heard me speak at an event earlier in the year. They recalled my story about addiction and trauma. They said that my story impacted them and continued to do so as they navigated a very troublesome issue of their own. The message culminated by saying that they were able to get the help they needed and that they were now on the road to recovery. They credited my story, my words and my existence for that. My jaw dropped.

All I have ever wanted to do in this life, is help people. I am not afraid of death… I am however terrified at the thought of a life lived, having done nothing for anyone. No longer being the one to respond has left a hole in me. A cavernous void of unknown. To read that it was my simple words that helped someone, that responded to someone, filled me with a swell of gratitude and humility.

So… what is it that I have become? Well… the thing I have always been… me! Stethoscope or not, I will always respond. It’ll just be in my own way from now on. My story has become the ambulance. My words, the compressions to stalled hearts. 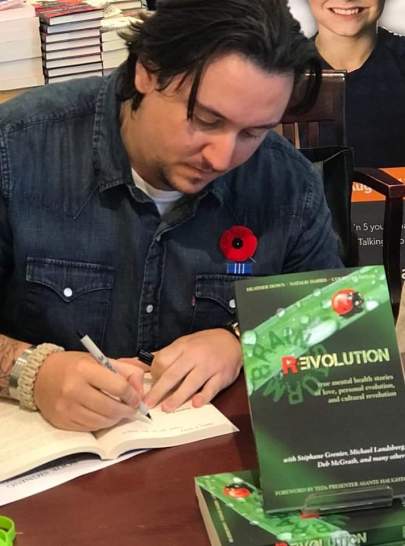 I guess the real answer to what I have become is this… grateful. Just grateful. One step closer to healed.

And to all those in the batter’s box… Godspeed. It’s your turn now.