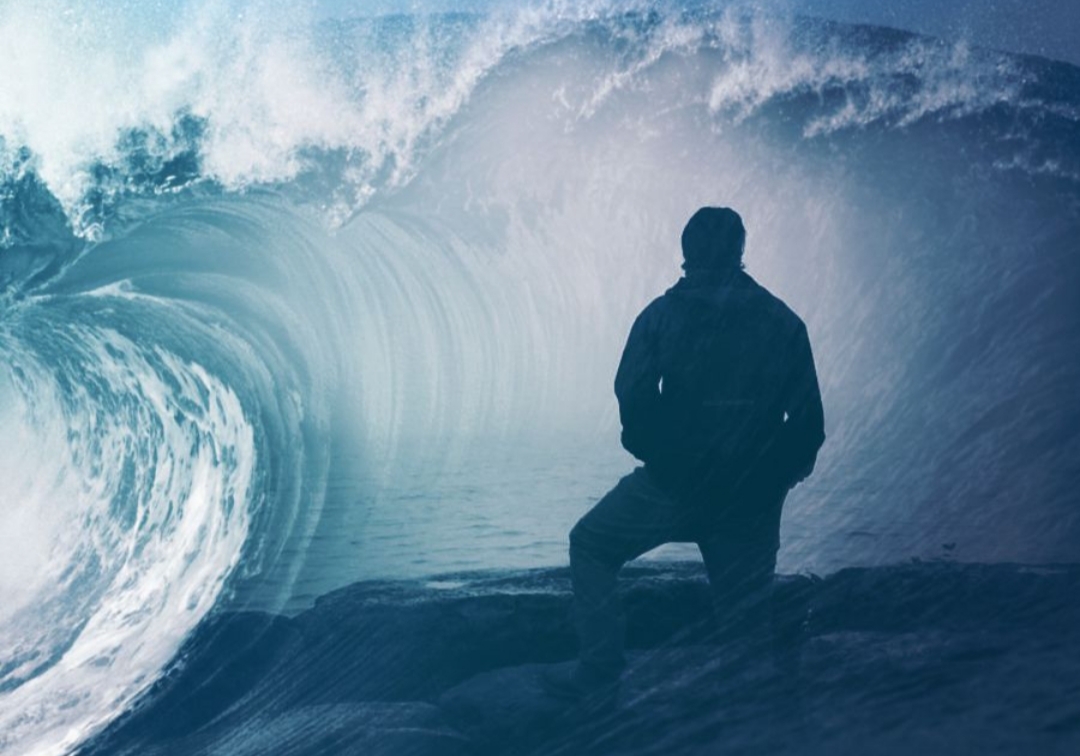 I think perhaps one of the reasons that the boy continues to haunt me, is because I am still trying to save myself. In life, I failed to bring him back. The connection between he and I had been unknown to me until recent times. He died at fourteen—I wanted to. With each compression I performed atop of that boy’s diminutive chest, slivers of guilt burrowed their way into my skin, eventually seeping into my soul. Living with a fractured mind can be torturous. Living with a fractured mind and a broken heart… that’s torture of the rarest kind.

The boy did not break my heart… those chambers were already concaved when we met. All the boy did, was communicate with the one that lives inside of me. A boy that has since become an orphaned man.

For the past three mornings, I have woken up screaming. I can’t say with clarity what I was dreaming about. What I can tell you, is what I was thinking about as the hours of those days progressed—the boy, my mother, Greg… and now, Chris. Seemingly everyone around me dies. Tragically. Part of this is by consequence of career, sure. But to lose so many that were close to me… well, that leaves me scratching my head. What the hell am I still doing here…?

Short answer? Working. Over the past couple of years, I have been introduced to the concept of forgiveness and the worthiness I have of such a token. This is not me proclaiming that I am worthy; this is me telling you what I’ve been working on. There is an ebb and flow to this process. And it is a process made ever harder when everyone around me keeps fucking dying! The list of loss… a loathsome fucking read. But it is a list that I read each time I glare upon my reflection in the mirror, wittingly or otherwise.

A wall of normative imitation broke within me the day I learned of Chris and his death. I’d been doing a great job of acting like I was okay during this time of year. Maybe even believing that I was. I may still be sober… but I am crumbling. I am in so much God damn pain!

All these people… people that I love, gone. Ordinarily, I would cry to my mum right now… tell her about my friend, Chris. Explain how this all feels so wrong and awful. But I can’t… because she’s gone, too.

The sky is falling to the pavement below outside in the form of rain. My mind is falling onto this page. Rain outside, tears inside. Smiles outside, despondency inside… ebb and flow.

The first hanging I ever went to, was with Chris. We saved him… a boy that tried to die. A boy that would live only to become a man that would sell drugs to kids. Something that I witnessed with my own two incredulous eyes. Ask me if I think the world is fair…?

And now, here I sit… alive… surrounded by those who aren’t. Go ahead, pose that rhetorical to me…

But, regardless of what’s fair or not, I am alive. And so, I work. I work each and everyday in order to better understand why… Maybe, there is no answer to that question. Maybe it just is…? Maybe I just am…? Tough to say. But either way, whether I believe I deserve forgiveness or understanding or not, there are those that do. So, I trust in the process. It’s all I got, really.

That, and anger. Yeah… I’m angry. I’m angry about waking up each day, wondering “who’s next…? Is it me? Someone else I love?” Like a ticking bomb, apprehension lingers beneath my skin. This makes for a tiresome 24-hours.

I feel bad for saying any of this… it just feels like bitching. Perhaps it is. Anger is a good motivator for that. But I can’t help but think that the injustice is real. That this is all just really unfair.

Chris’ suicide has brought up a lot for me… obviously. His funeral is set for the 1st. I won’t be there—I don’t do funerals anymore.

I came across his obituary in the paper, it was shared online by a mutual friend. Prominently on display was a photograph of Chris. A photograph you could almost hear, if you knew him. His voice, saying something sarcastic.

I didn’t know the boy the way I knew all the other people in mention throughout this prose. But in a way, I knew him better than any of them… suicide has been an insidious and pervasive theme in my life. As a medic… as a boy… and now as a man.

There are days where I have to focus on fighting the bad things… the bad thoughts. Those days are less frequent since putting the bottle down, but they are by no means gone. And when incidents like this come to the forefront of life, bringing with it the bereavement and confusion, my weighted mind stalls within the muck of piteous contemplation.

You see, I look at these people, the ones that are gone, and I see worth and gravitas within them. I do not observe the same merit within me. So, when I’m the one left standing, I find myself perplexed by it all. Perhaps this is the legacy of losing those we love to the poisonous touch of suicide…? Or perhaps my mind is just too feeble to comprehend…

So, it is as I said: an ebb and flow of struggle to survive. Work. I want to live… but I also yearn for the pain to just dim itself ever so slightly. What a tragicomic dichotomy.

I failed to save the boy… I cannot fail to rescue me. I know what happens if I do… So, I will work. I am working. Every god damn day. But Christ, do I miss them. It’s that time of year, I guess. Ever closer to the last day… But, until then… I’ll live. Because I am alive.