“For in much wisdom is much grief: and he that increaseth knowledge increaseth sorrow”

I would not dare to say that I am a wise man. Nor do I boast the gift of intellect. I do however hold knowledge of a few things. Most notably, loss. I have lived a life hallmarked by it. A seeming symptom of my mere existence. Bear with me. That pronunciamento is not meant to engender sympathies. It’s simply context for what I’m about to say. So, sit back. Relax. Grab your tea. Or your coffee. Or perhaps even something a little stronger, and let me explain to you how it is that I’m still alive despite having breathed an air so toxic for so long…

I won’t tell you of my childhood. I fear that I can only command your attention for so long. Instead, let’s just operate under the assumption that it was shit. Things happened and it left a mark—both physical and otherwise… 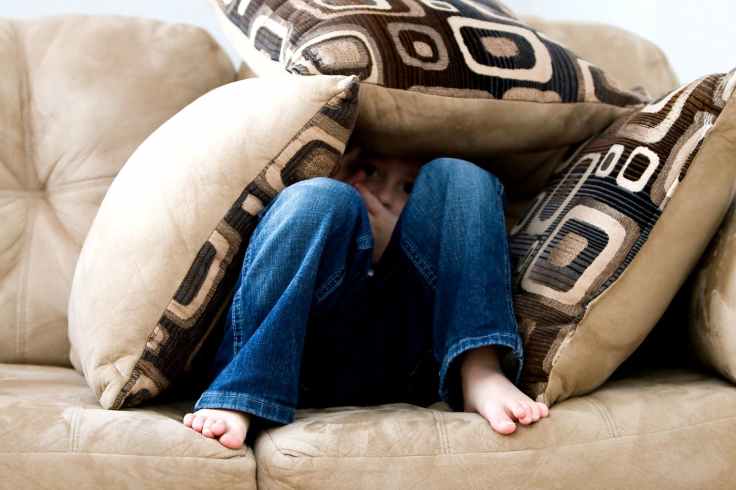 Instead, let’s start in December. December of 2019. A month designed to be joyous and unique to all the others. Whether you celebrate, recognize, condone or understand Christmas, here in the west, come December, it is undeniable that things change. Hyper-consumerism followed by get togethers’ and city streets replete with festive glow. Things are just different.

It was evening time when the call came in. I had been sitting on my couch, getting lost in the vast, sand-speckled pages of a good book. It was interrupted by somber news from home. My sister had called to inform me that our other sister was in a bad way. Lisa. I’m the youngest of five. Lisa and I are closest in age. Spent a lot of time together growing up. But, arguably, not enough.

My sister Lisa had lived a hard life. She battled demons of the past and sinister vices in the present. Something I can relate to. By the time December of 2019 had rolled around, I had been sober for 487 days after having floundered in a bottle for almost 10 years.

I sat back and fell victim to the weight of my sister’s words. Suicide is a touchy subject in our family. Our mother had been murdered by a poisoned mind a mere two years before. Her note is still fresh behind my eyes. Even thinking about it, the air becomes thin. Almost… impossible. The air becomes poison and I cannot breathe.

As my sister continued, I felt my chest tighten. Not again. This can’t happen again so soon… I had to fight against myself and demand that I remain in the present. My mind was racing and my palms were beginning to sweat. We finished talking and I proceeded to call Lisa right away. The phone rang far too many times for my liking, but eventually my ears were greeted by my sister’s cheerless mezzo.

We went back and forth like this for a bit. A chess game of oration, if you will. I realized I just had to come right out with it, so I approached the topic very softly. She informed me that she was sad. And that she was sad of always being sad. Hearing that was… sad. Perhaps made even more so by the fact of how relatable it was.

We talked about mum. She told me how much she missed her. How angry she was at her for dying the way she did. For taking away any more years that we could have had with her. Growing up, we all lived with a constant worry that our mother could die at any moment. This was born from the fact that our mum battled cancer on and off for a great number of years. Eventually, it was sadness that killed her. She beat cancer. Life beat her. 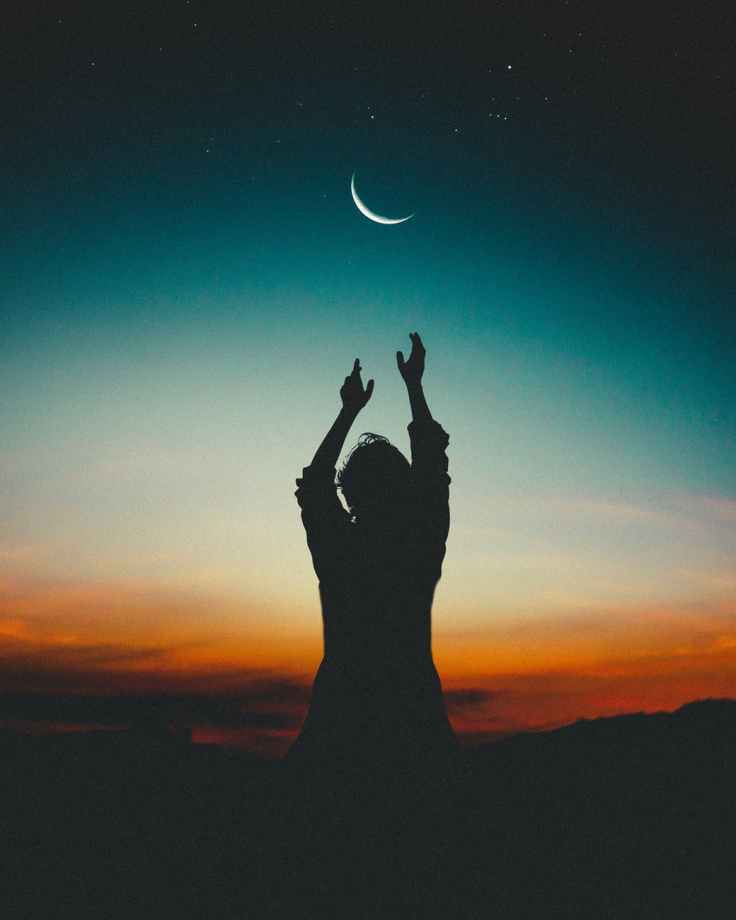 My sister was taken to the hospital by the police. Over the following days and weeks, she and I held nightly phone conversations. She lived across the country from me, so phone calls were the best we could do.

I was hopeful that things were getting better. We even shared in a few untamed bits of laughter with one another. A genuine Lisa laugh… that’s as rare an artifact you will ever encounter.

December 15th, 18:44. For the duration of 42 minutes and 26 seconds, I spoke to my sister. We spoke playfully and earnestly with one another. I told her that I was going to make some dinner and that I would call her later that night. I never did. I fell asleep. And now, I wish more than anything that I hadn’t. That 15th day of December was the last time I would ever speak to my big sis.

On January the 5th of 2020, a meagre five days into the new year, my sister was pronounced dead. She had been taken to the hospital the night prior after collapsing from shortness of breath. She was said to have died from sepsis. So, by way of definition, the very air she was begging for, was poison. Dead from a broken heart and poisoned lungs.

Depression befell me insidiously after that day. Getting out of bed was nearly impossible. Breathing became a chore. Every inhalation hurt. Everything hurt. The air was poison. As it so often is when it comes to trauma and pain.

I was able to rid myself of the shackles of stagnation. Not all at once, but bit by bit, I began to breathe. Therapy and introspection acted as oxygenated relief for me. I still had my moments, sure. Times where my tears in the shower competed with the volume of falling water. But navigating the everyday beneath a heft of sadness is nothing new for me; as I have said, I hold some knowledge in loss… and as the big book says: in knowledge there is sorrow.

In an attempt to inject some colour and life back into my dreary existence, I bought a camera. I held belief—scratch that—I held hope, that viewing the world through a window designed at capturing beauty would force me to find some of it. And if I could capture it and freeze it, perhaps I could hold onto it.

I know nothing of photography. Nothing outside of ‘point and shoot’. But I was excited to challenge myself. Drinking used to be the thing that took me away. Or so I had once thought. In reality all it did was numb the world. A tempting proposition considering current life events. But that’s a record I’ve played to the end far too many times before. I know where it goes… and it’s not beautiful.

I began first with taking some simple snapshots around my apartment, building up the courage to hold this thing in public. Little did I know that being creative within my dwelling would become so important…

Several weeks after getting the camera I was sitting in front of the TV and I began to read the newsfeed scrolling at the bottom of the screen; ‘NOVEL VIRUS DISCOVERED IN CHINA. EXPERTS FEAR IT IS ENDEMIC.’ One thing became clear in that moment: in China, the air was poison.

Fast forward to present day. We are all inside now. The air is poison for us all. Well, kind of. It feels that way.

I can’t help but find a duality to that statement and the consequence therein; trauma makes you feel as though breathing is impossible, even if just for a moment. But in that moment… poison. So, we stay inside and isolate ourselves from the outside world. It feels safer that way. And now, with this, this invisible foe, we all hide. We all isolate. We are all left uneasy and uncertain. The air is poison.

Okay, we are not on total lockdown (thank goodness), but life has certainly changed. With that change, it has become even more important for me to find, capture and hold beauty with that little window held to my eye. To peer through and phase out the rest of the world only to seize that one perfect moment in time. A freeze-frame where everything else ceases to matter, and all you are left with is a token of time etched from shards of light and glass. A gift from the gods as given through technology. There is no air in that photo. There are no narratives, no war, no death and no pain… it is just… a still of perfect peace. 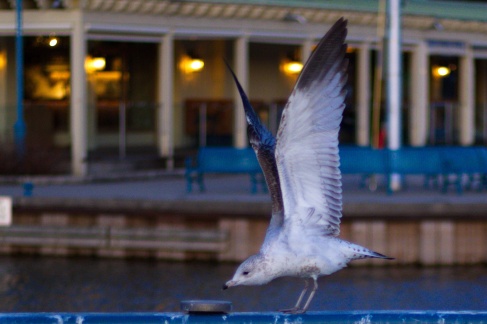 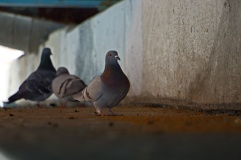 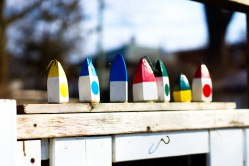 When I am my most sad, I now have snippets of when I was my most care free to gaze upon. Because in the seconds before shutter meets shutter and aperture ingests light, I am totally and hypnotically grounded in the moment. The air above me may be poison, but the world around me is mesmeric and beautiful. I am not isolated. I am gifted to be alive.

I will continue to take pictures. Maybe if I store them in my heart, my sister and my mother and all those I have lost will see them too. Through the window I have found peace. One shot at a time. And sharing them… well, there is no isolation in sharing. I am not alone.

One thought on “The Air Is Poison”