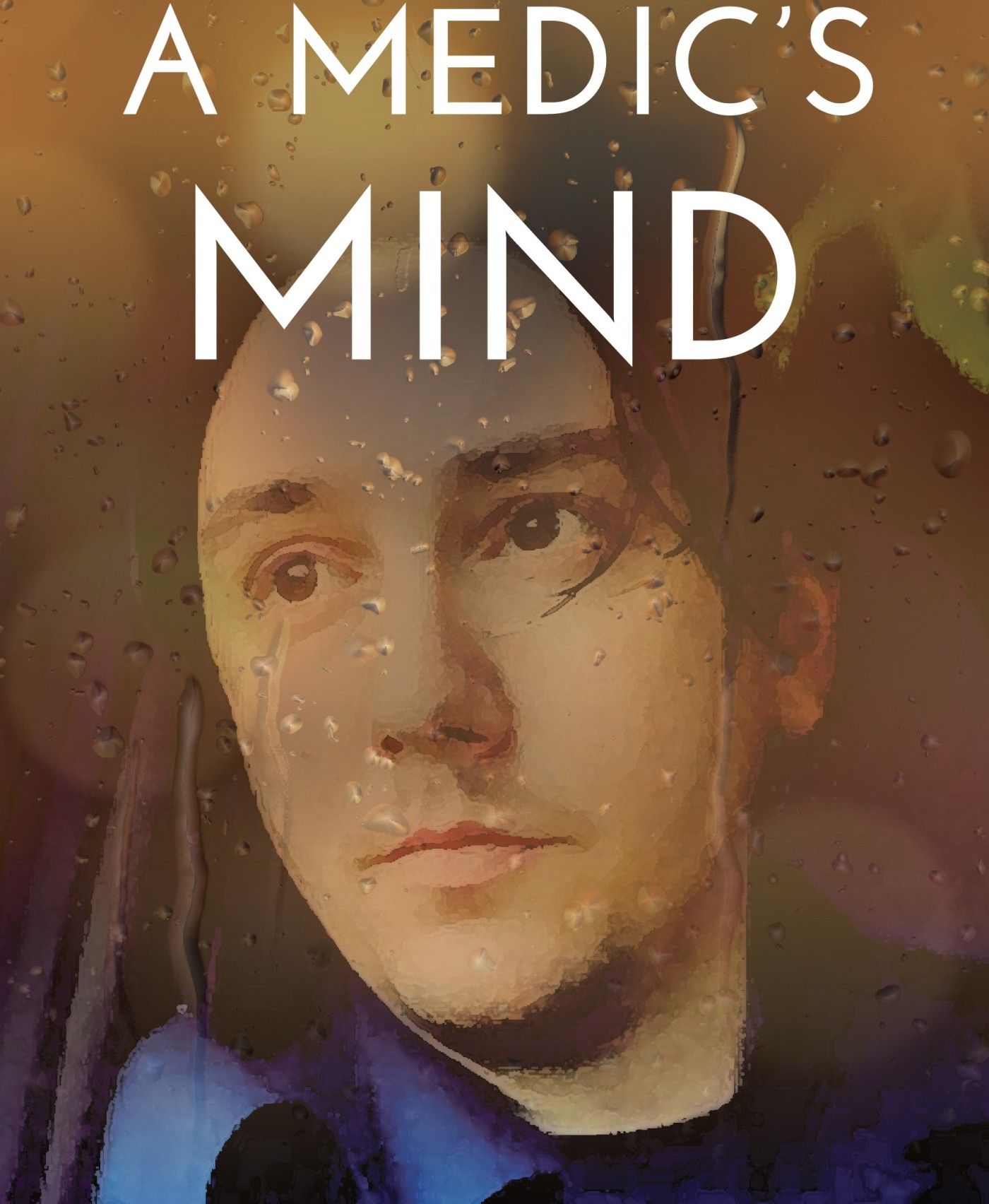 A picture, as defined by Oxford is as follows: A description so vivid or graphic as to suggest a mental image or give an accurate idea of something. It is my belief that those of us who are blessed with sight live our lives through a series of snapshots. Experiences of lived moments taken one blink at a time. Lifes’ key events, stowed away in the ethereal portfolio of memory. Some of these images are beautiful. Breathtaking. And some of them… well… let’s say they’re horribly in contrast of the aforementioned.

The picture is of me. In fact, it is the cover image of my book: A Medic’s Mind. It was used because my publisher felt it to be a good photo. She believed it portrayed a fitting captivation. Aware that there was a story behind it, but choosing not to pry, she went ahead and use said likeness. 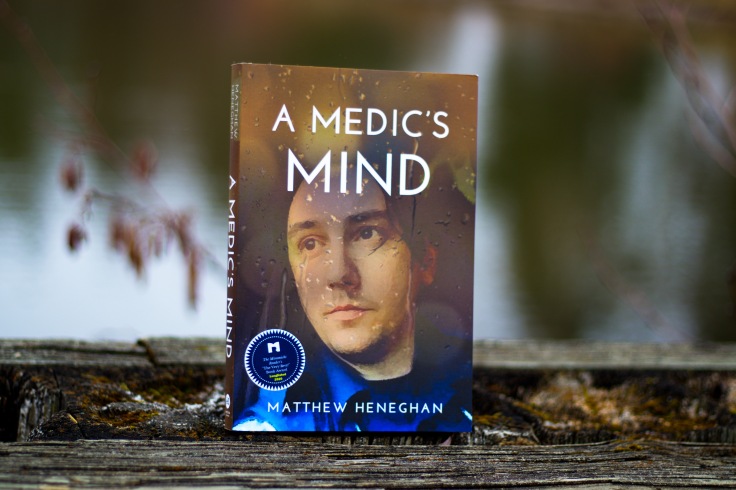 My life is different now than it was during and prior the penning of my memoir. While I live in the age of selfies and although I am guilty of partaking in the vapid act, I do not find myself to be a staple of handsomeness or appeal. I really wasn’t overly concerned with what image we used for the front of the book. But truth be told, the somber vignette that was chosen seemed fine by me. “Fine” because I know everything there was to know about that photo. And it seemed a fitting warning to the reader. A caution of what they were about to consume. Like steam from a beverage—a polite caveat.

My alarm went off with a hollow clash of beeps and repetition. My eyes brought into focus what surrounded me—an empty sprawl of crumpled blankets and tossed pillows. My despondent frame claiming only one side of the king-sized splendor. For a moment my weary gaze painted a silhouette replete with all the curves and graces of the woman that once lay across from me. She now lay in another man’s bed. I was alone. The only thing that would greet me with ‘good morning,’ was the blowback of my whiskey stained breath. Not the kiss I had hoped for. I sat up and waited for the room to stop spinning before making my way to the bathroom. I had to work soon. I stood in front of the mirror, eyes sagging and hair astray. I began thinking of excuses I could use when calling into work, informing my sup’ that I was too ill to come in. But that fantasy quickly fell to the porcelain below, circling the drain with the cyclone of waning tap-water. I had already burned through all of my sick time. I had no vacation days left and I had just gotten a doctor’s note the month before. No matter which way I looked at it, all roads led to work. So I got ready and dragged myself in. 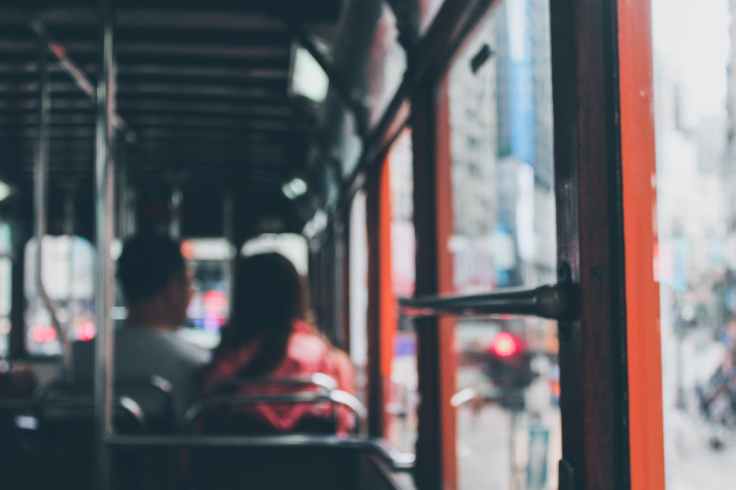 By the time I had arrived at the station, my wobbly dome had been replaced by a merciless vice that crushed in from both sides of my head. Every god-ray that fell from the emerging sun felt like the slice of a scalpel across my eyes. It was going to be a long fucking day.

I hauled myself and my gear to the truck and began logging on. In true paramedic fashion, the EMS gods did not take pity on me. We got our first trip right out of the gate. I can’t recall what it was for, but I remember holding vomit in my mouth until arriving at the scene, only to roguishly discard of last nights sins into a nearby bush.

I do remember the call, though. With frightful clarity I’m afraid. It was close to home time, but the gods were not through with me yet. The call was dispatched with high severity. Call notes indicated that this may be a “real call”. Paramedic speak for: high acuity event. Real sick person. 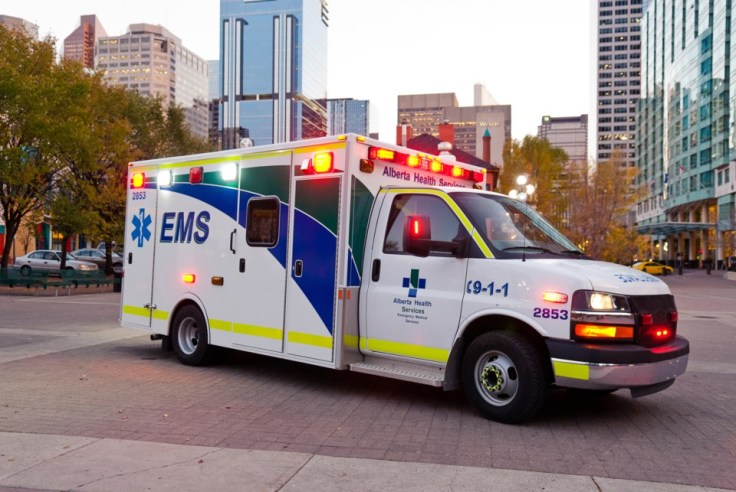 The call was for a woman in her 50’s who had been found by her daughter, lain on the bathroom floor, unresponsive. When we entered into the home, one of the first things I noticed was a warmth of family. Pictures of smiling, happy people adorned the walls. The daughter was distraught and panicked as she beckoned to us from upstairs. We navigated the two sets of stairs and reached the top floor. We rounded the corner and were confronted by an opened door leading into a bathroom. On the floor was a woman dressed appropriately for the day. She had wet herself and was not moving. Through the course of our investigation and treatment, it became evident that this woman had suffered a stroke. Her features melted from one side of her face and she was unable to follow any commands.

“We gotta blown pupil here…” Mark, a paramedic in training called out to us. Frank (my partner) confirmed. We worked quickly and skillfully in those moments. We had to carry her from the top floor, down the two sets of stairs and out to our stretcher. I was at the foot end, walking backwards down the steps. The daughter was behind me. I could hear her sobbing and muttering protestations to the world.

“She’s going to be alright, isn’t she? I called as soon as I found her.” She asked this while peaking her head over my shoulder. I politely asked her to step aside so we could get her to the stretcher and out to the truck. When we were putting the straps on, time seemed to slow down. My eyes began taking snapshots of everything. Most notably, the stricken woman’s kind face. She looked like she could be everyone’s friend. The church type that helps everyone. Even those outside of her congregation. Mark and Frank began wheeling the stretcher away and I returned inside to grab the gear that we were unable to carry. On my way out, I was once again halted by a crying woman. 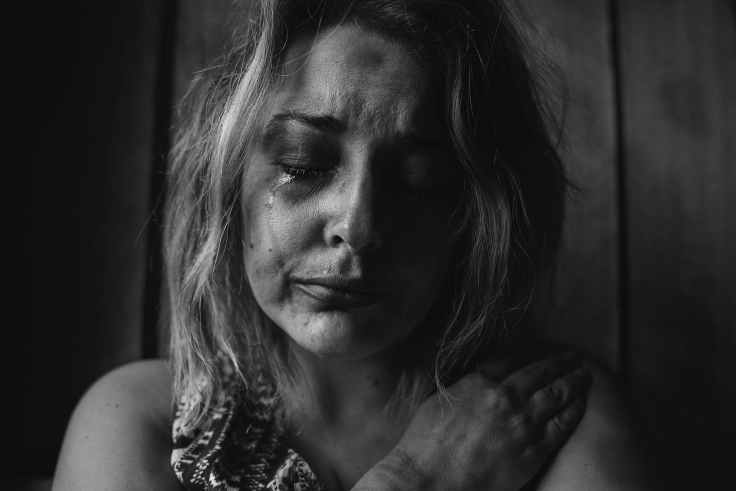 “My god, please… please tell me that she is going to be okay?! She’s going to live, right?” At this stage in my career, I had become skilled in the art of deflection. The paramedic politician. “Miss, I’ll let you know what hospital we are going to before we take off, okay. I’ll come back and tell you.” And with that, I slinked past her and hastily made my way to the truck.

I opened the door and joined the lads inside. “Frank, you good? Want a second truck?”

“Yeah. She’s dead anyways…” Mark spewed casually. He was right. But in that moment, I hated hearing his cavalier inflection. My eyes burned holes through him. He didn’t notice. But I did. I noticed everything. I noticed vigor escape all of us. I watched Frank relay the news to the hospital about our imminent arrival. I observed Mark as he made notes to the paperwork. I saw her… the woman with unequal eyes. They were open and staring at nothing. Occasionally her shoulders would hiccup and bounce as her body struggled for life. A futile shrug.

I would drive us to the hospital. We would offload to the emergency team and I would remain in the room to watch as the attending physician marked time of death. All interventions stopped. 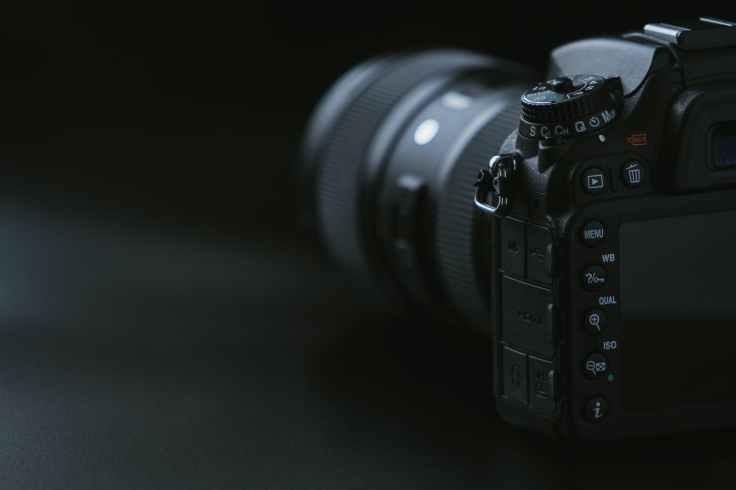 I think what bothered me the most about this woman’s death wasn’t so much that I felt we could have done something to reverse or prevent it, it was that it seemed unfair. It felt wrong. I’ve been to this woman’s home—I’ve seen how she lived and who she lived with—she was a good woman. A kind face. An inviting aura. But on a sunlit day, just before spring became summer, she died. All the family had now were the shared blinks that had come and gone.

I turned and left the trauma room. I sat in the passenger side of the ambulance as Frank finished his side of the report. I felt my phone jostle from my breast pocket. It was a text from the woman who claimed to be my girlfriend. It read simply: “Hey. How’s your day going?” The message read as though nothing had transpired the night before. I held my phone in my hand and couldn’t think of anything to say. So, I opened the camera app and took a photo, and hit ‘send.’ Her reply? “Why aren’t you looking at the camera? Who was this meant for?? Are you sending it to other women, Matthew??!” I put the phone away. 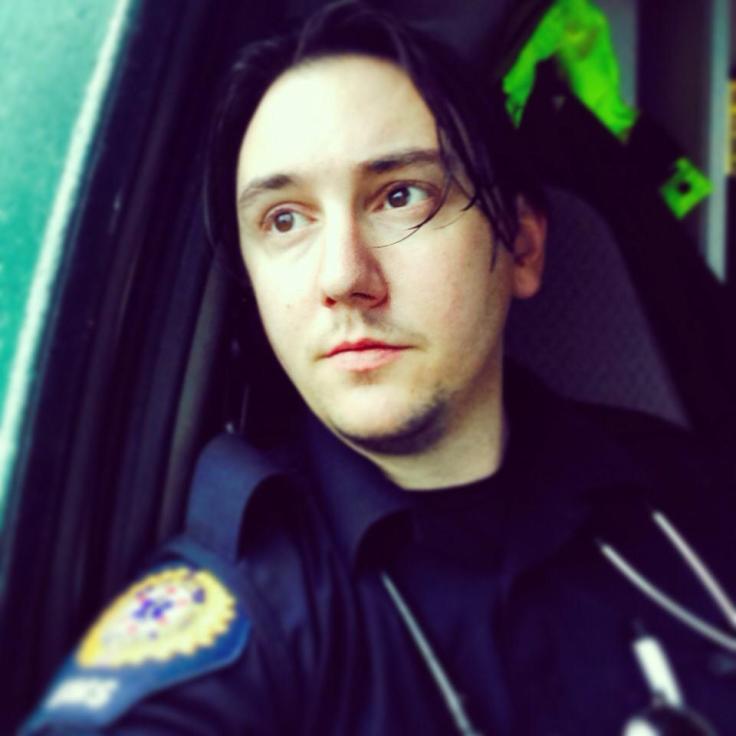 The end of the day would come and we would all part ways for whatever await us outside of uniform. For me, it was a drive to the bar. My usual spot. I felt that if I couldn’t be happy and I’d be sleeping alone again anyway, I may as well be drunk. And that’s exactly what proceeded to happen.

“Hey! Matty… how are ya, hun? Save any lives today?” A beautiful mix of mezzo and soprano crooned to me. It was from the bartender. A seductive vixen whom I had exchanged flirtatious banter with on more than one occasion. Likely to the chagrin of her boyfriend. But I was seen as harmless. Probably because I was older, fatter and not at all what women go for.

“Oooo, sexy. A man that can bring me to life with mouth to mouth—yes, please!” She smiled as she poured my drink. I faked a pretty good one in return.

“You gonna stick around for karaoke tonight, Matty? Sing us a ballad—woo the ladies?”

“Aww… why not?” Her words danced atop a chuckle.

“I’ve never sang karaoke in my life! Not even when I’ve been obliterated… so, it’s not likely to happen now. I’m the kinda guy that sings in the shower. And even then when I do, Simon Cowell pops his angry, British head through the curtain and says ‘it’s a no for me…’” She jeered back and laughed. 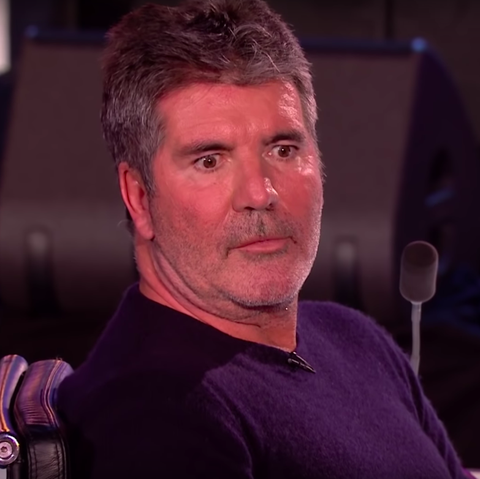 “Well, you’ll have to stick around and listen to me then. I am gonna sing a couple of songs tonight for sure.”

“Nope! Won’t be doing that either.”

“What?! Why not??” She requested earnestly. My gaze lingered a moment. “Because… I don’t want to risk falling in love…” 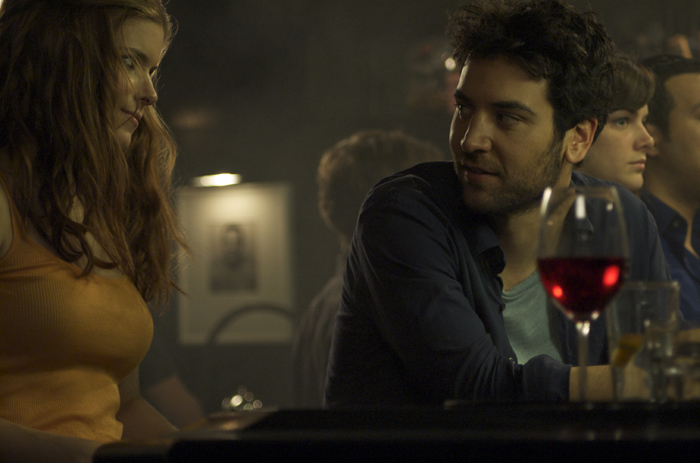 “Haha… no wonder you like whiskey neat—smooth!” She smiled and walked away.

I drank until they put the chairs up. I was in no hurry to get home to an empty bed. I knew that all that await me from behind closed eyes were snapshots of the day. Of the woman. The kind, lifeless woman. And a cheating spouse who accused me of her crime.

So that’s the story. That is what lines the etchings and markings you see on the cover page of my book. That day, that picture and all that boasts from it was the beginning of the end for me. My days as a medic were rapidly drawing to a close. And deep down I knew it. But much like a dying body gasping for air, I fought it. Futilely.

But as is often the case: the end of one thing can be what is needed for the start of something else. A journey, perhaps. And that’s what this has been for me—a journey. One fraught with whiskey lips, tears, blood stains and loss of life. But I’m still here. Still telling my story. Each day taking new snapshots so that when my time comes, I can look back at a life truly lived as told to me through the pastels of memory.

I am not sad when I look at that picture. Contemplative, sure. But not sad. Not anymore. Because for me, that image tells the story of where I was, whereas my eyes inform me of where I am—here. Healthy and here.

I wonder what tomorrow will bring…

3 thoughts on “The Picture”