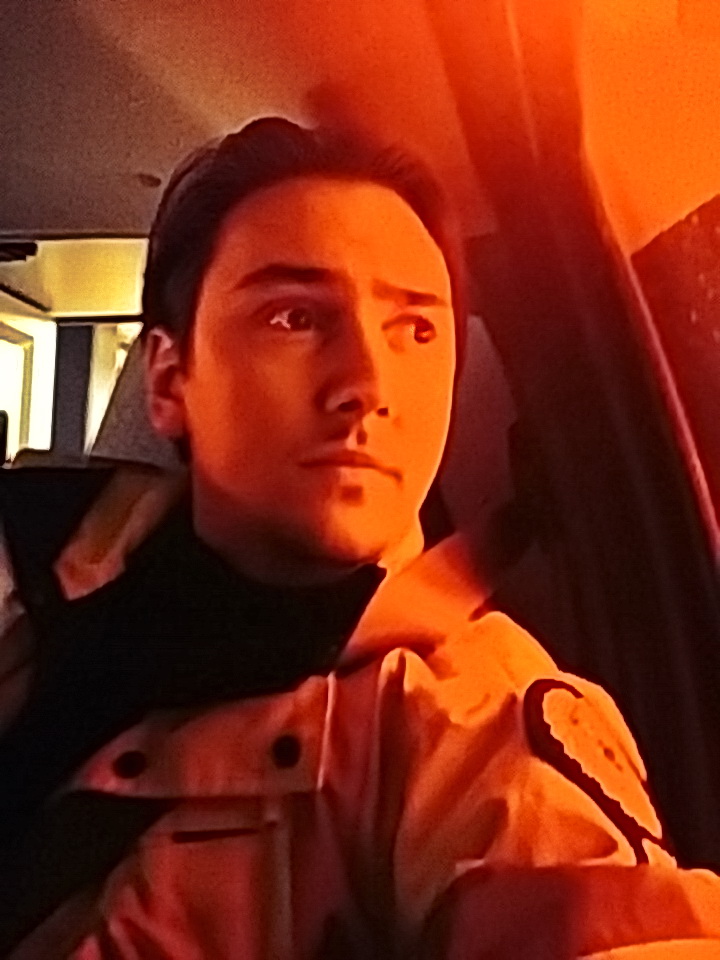 Like a storm in the horizon, it looms ominously. And as if to be a lone ship adrift at sea, there is nothing I can do except sail on through. Not knowing when or where the clouds will break. A voyage of unknown. The sad irony of it all is that I have traversed these chilled waters with plethoric repetition. I am a sailor alone at sea. A sea that belongs to an ocean of depression. The currents are strong and sinister. 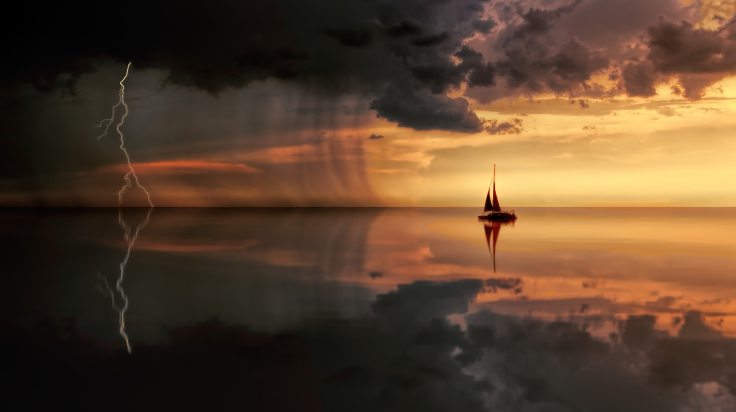 I found myself crumpled into the creases of my lawn chair that rests on my deck. My gaze weaved effortlessly as if to be a bird among the clouds. They are grey today. Grey, entwined and dense. I lost track of time while traveling through the very fabric of it, thinking about you. Each flash of memory struck like lightening. Bringing forth a storm of remembrance. I tried to stay happy at first, seeing your face. But it was the clarity of your likeness that introduced a deluge of pain and heft. Oh, how I wish you were still here, mum…

I called Jon the other day, but I couldn’t bear to tell him what was wrong. He did ask… I just couldn’t fathom informing my brother of what was really plaguing my bewildered mind. Partly due to fear of judgement, and partly because I just didn’t have the energy to explain it all. That’s where you would have come in—I could call you and talk to you about anything. Whether you were able to comprehend or understand was irrelevant. You’re my mum… well… you were when you were here. And the simple act of crying through words acted as relief in a way. Like a superfluous Band-Aid to a skinned knee. It does nothing, but it fixes everything!

When I called him, there was a finite portion of me that did so to reassure myself that I was in the present. Before making the call, I had fallen asleep on the couch. Sleep has been elusive since the outbreak. Not sure why, it just has. When I fell into slumber, all hell broke loose. In my dream, it felt as though I had woken. My nose alerted me to the unmistakable sting of fire. My apartment had plumes of thick, black, tar-laden smoke drifting throughout. I rolled off the couch and onto the floor. I began to crawl along the hardwood. I begged for the buttons on my shirt to disappear so as to allow me further descent from the black death overhead. 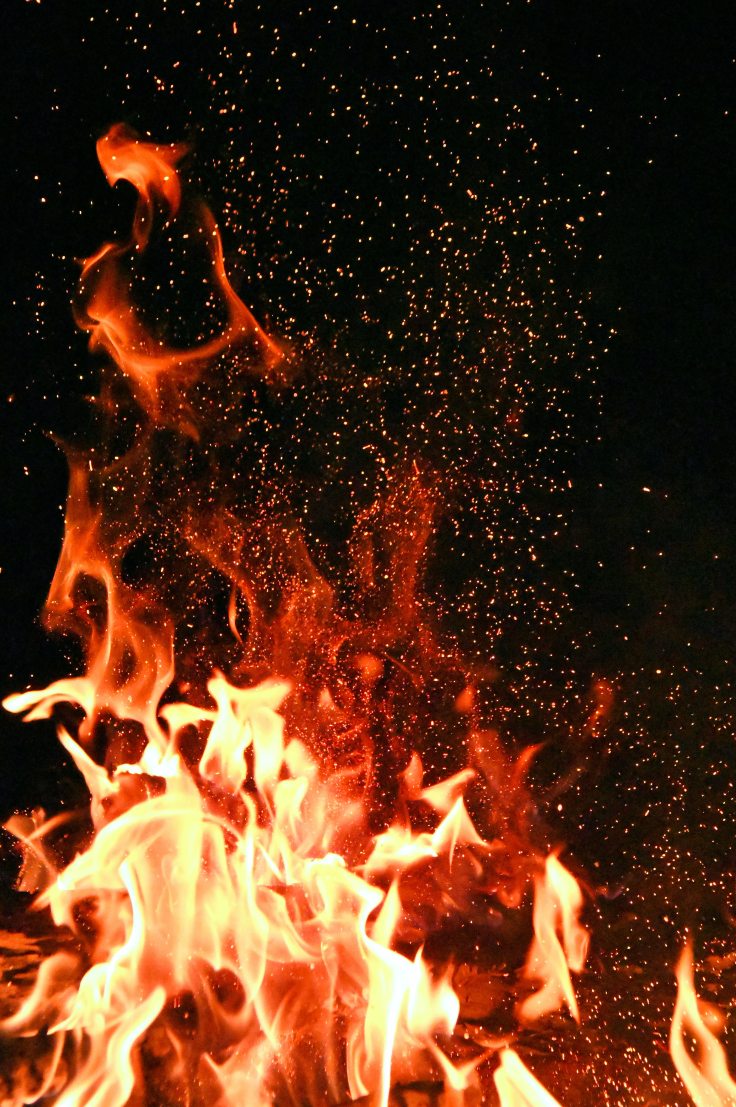 I knew what I had to do—I had to find him—the burning man. The man I tried to save all those years ago. I began crawling and slithering like a snake. Through the distorted wall of heat, I saw a figure. A body. It was in the middle of the floor behind my couch. The burning man. I raced over to him as best I could while maintaining my low crawl. When he was within arms reach, I extended my arm and grabbed onto whatever I could of his. As I pulled back, his skin sloughed off and now coated the inner palm of my hand. I felt puke rise to the back of my teeth. But I held it. I had a job to do. I had to save this man.

I brought myself closer to him, and as dreams do, everything changed. He was no longer the burning man. He was simply a featureless heap, lain on my floor. Smoke disappeared and the heat along with it. Now, I was given the horrid remembrance of death. The stench of decay. For whatever reason, my brain told me that I needed to check this androgynous being for a pulse. So I did. I reached down with two fingers and slid them along his neck, hoping to feel the bounce of life. There was nothing. Nothing other than the malignant odor of putrefaction. Before I had time to pull my hand back, my eyes became aware of something frightfully yet arguably more grotesque than the stench that clung to my nose—the figure’s skin was not skin at all—it was a tightly woven, interlaced, congealed blanket of maggots! The kind I had seen trundling the surface of the dead guy in the motel some years back. The odor very much the same.

I scurried back to my couch with a fright. I buried my head into cupped hands and demanded that this all be gone. It was in those few tremulous moments of obfuscation that things began to feel dreamlike. I crooned to myself; “wake up… wake up… wake. Up!” I raised my head and tear stained eyes from the embrace of my hands. I looked to my right and saw my window. No fire. No smoke. No death, just a window.

“I must be awake now.” A wave of calm began to melt through me. It was when returning my gaze from the window that serenity was abruptly halted. In the corner of my left eye, a shadowy figure sat at the end of my couch. I slowly panned left and brought it into focus. It was a young native girl. A rope securely bound around her neck. She did not blink. She did not move. Just sat there, peering at me through black, dilated gape. The suicide girl. Now it was I who was not breathing. Frozen still. I had truly felt as though I was awake and that the dream was over. It wasn’t. This is the circus of trauma that lives in the diseased tent of my mind. It is hard sometimes to tell where dreams end and reality begins. The people appear as clear as any in the present.

I managed to sneak in enough air to scream. I let loose a cacophonous roar. When it ended, I was indeed on the floor. I had fallen from the couch and was twisted with rigidity. Seconds passed where I was afraid to move. But eventually, I did. I scanned along the floor at first, looking for any signs of a burning man or a decaying one.

I got to my knees and began to feel more assured that I was really awake. But I had to be sure. So, I called my brother, Jon I spoke behind a smile while wiping tears from my eyes. We spoke for a bit, and then I hung up the phone. 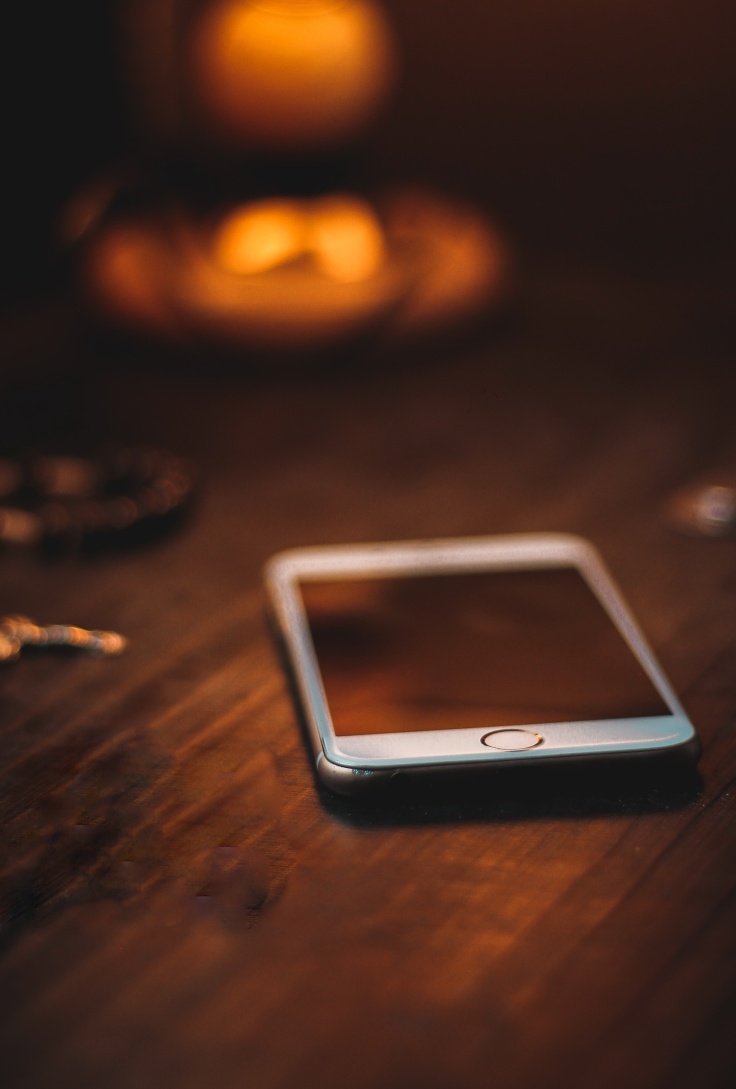 That’s when I went outside. I flopped onto the chair and just stared off into nothing. Your image greeted me. I was comforted by it, of course. But knowing that it was merely a fragment of memory and not at all a piece of you made me horribly sad.

Mum, I wish so badly that you were here. I know you wouldn’t be able to take any of this away, but having you here would mean everything… just like the Band-Aid. And that’s fine by me. Just as long as you’d be around.

Today has been a little rough. Remnants of that loathsome dream. This is what makes me fear naps. Imagine that… fearing a nap… Well, I do. I really, really do. 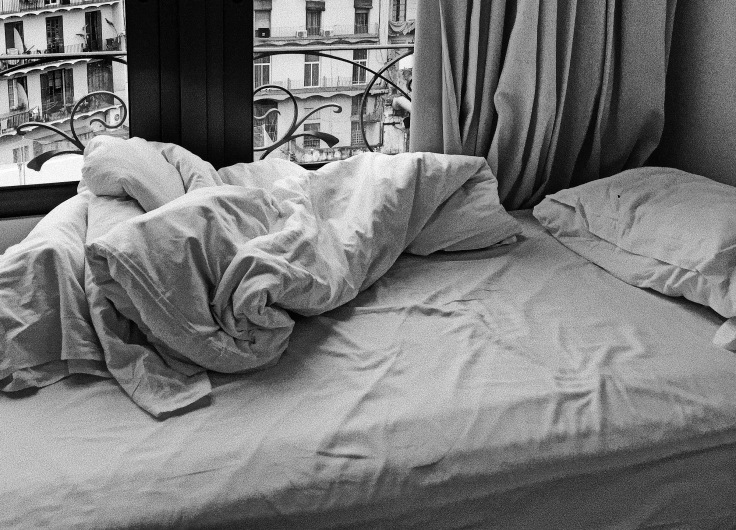 Times such as these make this whole self-isolation thing that much worse. I can’t even go and take pictures today because it’s raining too heavily and none of my gear is weather sealed. I can’t read, because I can barely concentrate. I can go for a walk, which I have done… multiple times, but that still doesn’t remove the weight of today. The avoirdupois, if you will, of missing you… and mourning the man I once was. The calm, stoic, steady figure of discipline. Nothing is the same anymore. That only adds to the expanse of depression.

A friend of mine reached out to me today after listening to my latest podcast. She said I sounded tired. She has intuitive ears… I am. Like I said, I am a lone sailor adrift at sea, a storm over yonder. A passage of exhaustion atop the waters of depression. A tiresome journey.

But there’s only one thing I can do… one thing anybody can do when the clouds roll in: keep sailing. You don’t have to see the break in the clouds to find the sun. My sail is torn, tattered and weary… but I. Am. Still. Sailing.

It’s like the song says: “The sun will come out… tomorrow. Tomorrow. And tomorrow is only a day away…” 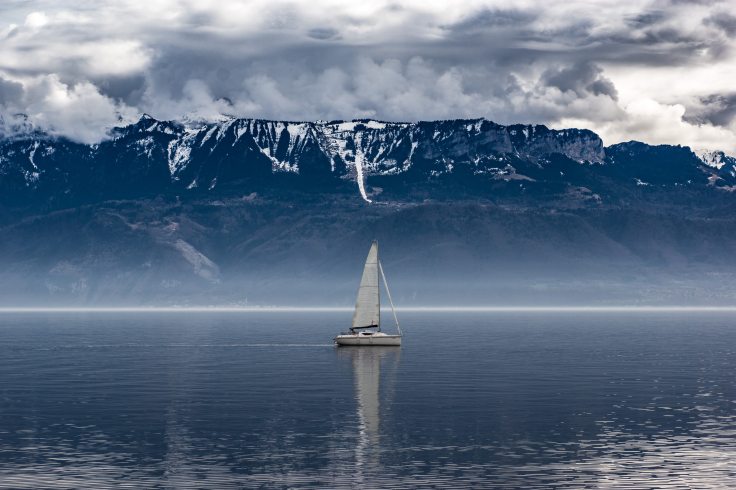 But mum, I have to confess… I really, really hate naps.