A mind emptied of happiness is all too often saturated by a weighted depth of sadness. As was the case for me on that winter night. I love the winter… typically. But in that moment on that night, I could’ve cared less what it was doing outside.

I sat piteously on the couch cushion closest to the window. In my hand, rested a thin slip of paper. It was a receipt. A printed piece of evidence to a crime against love. A murder of happiness. It was for a movie at the theatre. A romantic comedy typically pointed towards couples. Thing is, she and I had not been to the movies in some time. And although I felt as though we were doing better as of late, I always held a nagging suspicion that I was being played a fool. And a fool I was.

She tried lying about the ticket at first, but she knew she had been caught. I was so bewildered that when asking her for a confession, my eyes began to melt in pain. My voice started to fail me. After observing and listening to me struggle for long enough, she finally uttered the words I knew to be true—

“I was with another man…”

I had an incalculable number of things that I wanted to say, scream and shout… but I said nothing. She reached for her coat and left. The house became horribly loud with silence. It was at this point that I began to realize that my relationship (calling it that for ease of storytelling) was truly a farce of forced wishes and hopes. The love had been killed off a long time ago—when she was caught with a different man. Call me naïve, I know…

But there I was, alone, tear-stained and empty. Sitting on my couch casting forlorn gapes through the window to the winter wonderland outside. The crystalized flakes meandered their way from cotton puff sky to the alabaster expanse that waited below. It’s beautiful in memory, but at the time… it was miserable.

Not knowing what to do, but having forged a plan to get absolutely rip-roaring fall down drunk, I called my buddy—Sean—he’d know what to do.

“Sean…” He answered with his best Sean Connery mimicry.

“Yesh… Como estash?! I’m a Spanish, Russian shubmarine commander… and there can be only one, Highlander!” I forced myself to chuckle.

“Hey, bro…” He could hear the deflate in my words.

“No! Fuck. That bitch does more tricks on six inches of cock than a monkey with six-feet of rope… I’m tellin ya!” I laughed. This time, genuine.

“Yeah… seems that way. What are you doing right now?”

“Waitin for you… to come here… beer’s in the fridge!” 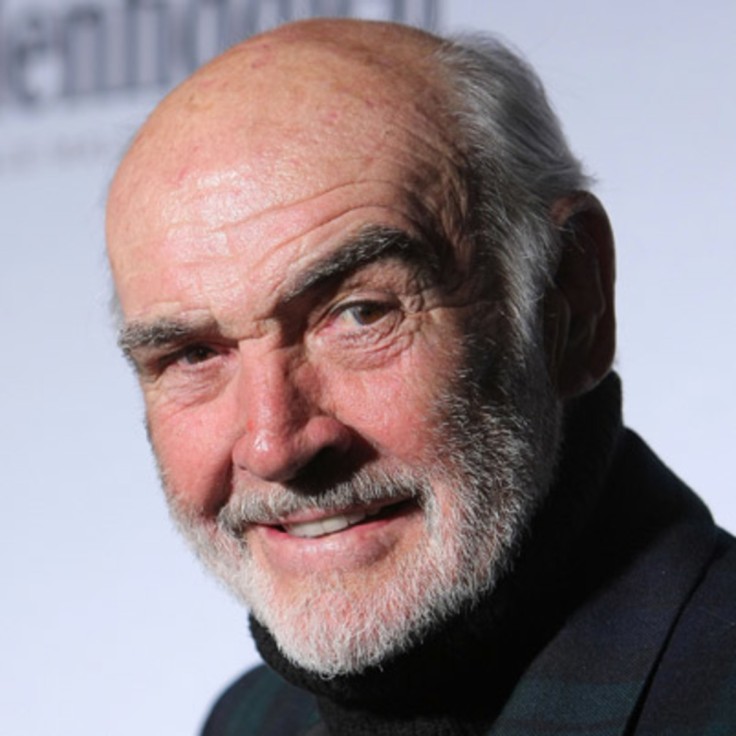 “Awesome! I’ll be right there, brother.” I hung up the phone and took a moment before getting off of the couch to grab my jacket. I kissed the dog goodnight and she proceeded to sloppily lick every inch of my cheek.

“Alright, alright, dog! At least someone loves me, I guess.” Her beautiful, round, non-deceitful gaze peered up at me. I patted her head and turned to leave the house.

I emerged to the outside air and that familiar hush of winter blanketed the ambiance around me. I locked the door and began walking to Sean’s place. He lived close enough that walking, even in inclement conditions was not an unreasonable undertaking. Besides, I could use the jaunt to recalibrate myself a little.

I should mention here that the city I lived in was a unique one; on one street you could have blissful suburbia, on the very next: 1980’s Hell’s Kitchen New York. Good street, bad street. Sean resided in a somewhat problematic neighbourhood, but generally speaking, as long as you went about your business and didn’t live a life of crime, you were for the most part good to go.

As a paramedic, I had responded to numerous homes that littered the living space around Sean, but I never felt unsafe when traipsing over to hang out.

The clouds were thick and dark and enamoured by a hint of orange from the city that rested below. I turned right on the main road leading toward Sean’s place. Speeding up the road in my direction was a rumbling muscle car with near blinding headlights boasting from the front of it. I squinted and used my arm to shield myself from the punishing glow. As the car neared, I could hear the engine calm itself. The vehicle came to a sliding halt and before I could figure out what had brought it to a stop, three figures materialized from either side of the 2011 Dodge Challenger. 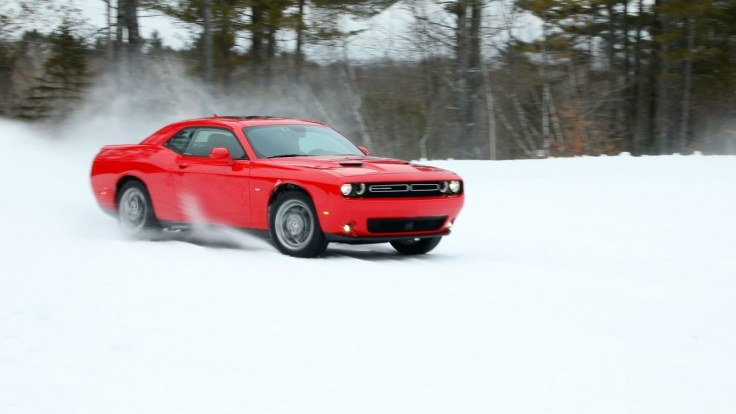 “You heard me, cracker! The fuck is your problem?!!” Another voice echoed the statement, but this one was harder to make out due to it being imbued by a thick accent.

“The fuck you mean, pardon?! Fuckin cracker ass n***er!” At the end of this castigation, one of the figures began to draw closer to me. Now, I will be the first to tell you that I am not a fighter. I don’t run, I don’t cower, but I am not a confrontational guy either. I always believe that the smartest person in any room is the one listening. But sometimes situations devolve at a pace where diplomacy is rendered useless. I felt this to be one of those times due to the pace at which the figure from the rear of the vehicle was approaching me.

When he got close enough, I lowered my stance and raised my hands above my face. And I’m glad I did—because this is when the first punch was thrown. The silent aggressor had lobbied an arcing right towards my head and face. The blow landed securely to the meaty bits of my curled arms that now protected me. My brain acted quickly in this moment, realizing that he would have to reset himself to do anything else on offense, I dove into him and grabbed as much of his jacket as possible. My intent was to hurl him into his buddy and then gain some distance to assess what the hell was happening. That’s exactly what I did. I heard the heavy “clunk” of two heads coming together followed by pained groans.

The force at which I had thrown this attacker must have been hearty as it caused him to stumble and fall. I was foolish to gawk at this though, because as I was doing that, a second attacker had initiated a hard punch of his own, this one landing flush against the side of my right cheek. My glasses flew from my face and a bevy of stars glittered my vision. Somehow, I kept my wherewithal and resumed a defensive stance. Now, again, I reiterate, I am not a fighter… but apparently, I was better at the act of combat then these three were—because I once again grabbed my aggressor and tossed him over my hip. He landed with me on top of him and I let free three solid right-hand strikes of my own. Each one igniting an audible flesh on bone clap. My brain told me to stand and reassess the situation before me. I noticed the first attacker was now beginning to slip and slide to his feet. Not wanting him to do that, I changed my stance, mimicking that of a soccer player readying to brutalize the ball. In one fluid motion, I swung and collided firmly with the man’s face, causing a punishing collision of my foot to his features and inertia carrying his head back against the rim of the tire.

The man let loose a whelp of agony akin to that of a wounded dog. The third man now rounded the car and I backed up in preparation for more combat. To my obfuscation and relief, he assisted one man to his feet and the two of them pulled and dragged the other back into the car. It sped away and I was left standing in absolute shock. I was also blind as hell. The donnybrook had caused me to separate from my spectacles. I did a quick scan of the area, being careful where I stood while maintaining a level of unease and awareness. Every passing car on the adjacent road now sounded like a Challenger, forcing my head to snap in the direction of its sound.

Unable to find my glasses and growing increasingly fearful that they (whoever the hell they were) would return, I began making my way to Sean’s place. I’d been there so many times that even though I was visually handicapped, it did not slow me down.

I thundered against Sean’s door. The door swung open and then appeared an out of focus friend. Sean is a large man and carries that size along with 23-years of military service. He knows how to handle himself. He did not appear to notice my befuddlement at first and continued where he had left off on the phone… “Mishter Heneghan, pleasure to shee you again.”

“Dude, I just got jumped!” It was at this proclamation that Sean examined my austere expression. I had a minimal nose bleed and my right cheek and eye were beginning to change colour.

“Just now. Up the road… a couple of guys jumped out of a car and just fuckin went at me! I lost my glasses.” Sean ushered me inside and quickly surveyed the area behind me before closing the door. I clarified what had happened and through my blurred gaze noticed that Sean was still taking sips of his beer while listening to me.

“Bro… are you still drinking?” He looked down at the beer and then back to me.

“In fairness… I had this open before you got here. Besides, they ruined your glasses, not my beer!” I couldn’t see but I heard his sardonic smirk. He took one large gulp of ale and proceeded to put his jacket on as I informed him of where the incident took place.

Even though I was blind I witnessed as Sean retrieved something from his hallway closet. He grabbed a cylindrical object and slid it along his back as if to be sheathing a sward.

“What, this?” He said motioning to his back.

“A bat. If we are going back out into the ghetto and those fucksticks come back, there gonna meet the angriest Ninja Turtle of all time… Seanatello! And they’re gonna eat the fucking tar off this thing!” Despite remaining in shock of all this, I couldn’t help but laugh out loud.

We went back to the scene of the rumble and we did find my glasses. Both Sean and I observed some fresh blood in the snow. It resided alongside tire marks. I informed Sean that I had kicked one of the attackers in the face and in Connery style he said: “Bend it like Beckam, eh, Mishter Heneghan?!”

We returned to Sean’s house without incident. It took three angry strangers, a pretty decent Sean Connery impression, an adrenaline dump and regretfully, too many beers that night to help me feel better about my current love woes. But one thing revealed itself to me that night: No matter how shitty things become, no matter what life throws at you; as long as you have people that love you, you can get through anything. Even a broken heart, an unsanctioned UFC battle royal and bent glasses—anything.

Sean and I laugh about that night quite often. Each time he tells the story he says I fought off a car full of elderly women and just didn’t know it because I had no glasses. And each time I tell the story, Sean becomes a Scottish Ninja Turtle with a Louisville Slugger on his back. Either version is fucking hilarious.

Anyway, that’s the story of heartbreak, booze, broads and Ninja Turtles! How’s that for a fuckin blog post?!