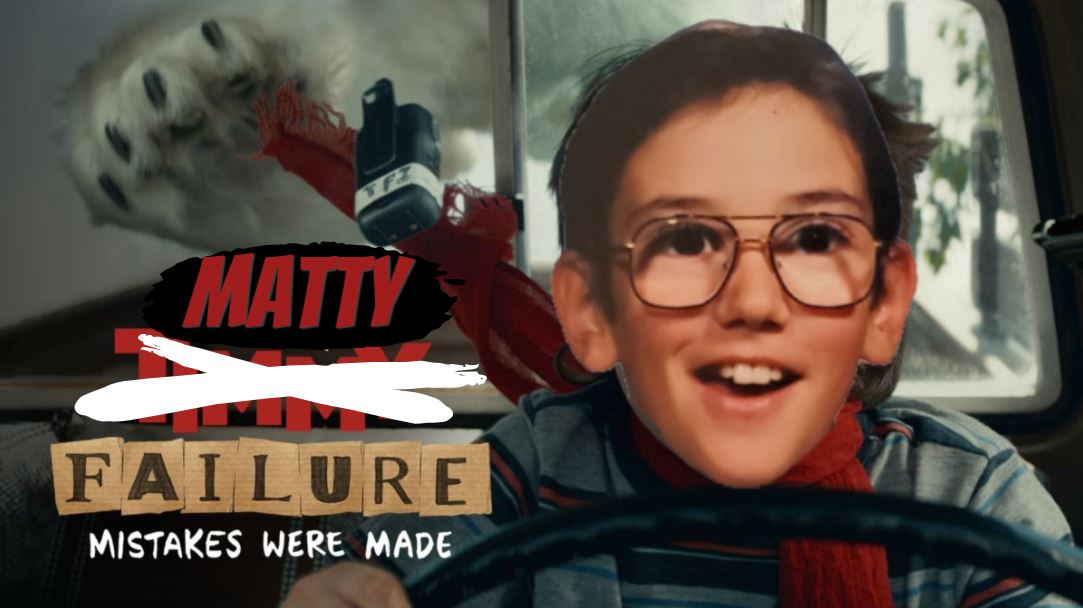 I just had the pleasure of watching a charming little film by the name of, Timmy Failure: Mistakes Were Made. At its core, it is a story of a boy with an excitable imagination. The film starts with our main hero narrating his own ne’er-do-well tendencies. It’s light-hearted and fun. At least, on its surface. When viewed through adult eyes, we are granted access into the story’s more weighted theme. As the boy’s voice draws you into the initiation of his story, we are presented an encounter that depicts his mother angrily shouting at what appears to be a languid father. The father is shown leaving with apathetic gait. It is in those immediate moments following said scenario, that we are introduced to Timmy’s wonderful imagination. And this, is when I stopped viewing Timmy’s story, and started remembering my own…

As a boy, I often found reprieve from my own cluttered family disfunction via the playground of imaginary exploits. At one time, I was a scientist. I would grab whatever “ingredients” I needed from the kitchen, from the bathroom cupboard, or underneath the kitchen sink, and transport them to my room via my little yellow suitcase. A suitcase stained by years of marker scribble and scratches of neglect. None the matter—it was my science briefcase—it came with me everywhere.

Its contents usually held crinkled pieces of paper with what I believed to be scientific documentation scrawled to them. Then, there was the procurements of whatever “science” of the day I was conducting. Nothing other than a mess was ever created by my hands. One of my life’s biggest regrets, I suppose…

But not to dwell, it was time to move on to bigger and better. In grade 5, much like Timmy from the story, I became a private detective. Inspired by my favorite read of that time: Nate The Great! I quickly learned that wearing one of my mum’s old, tan coloured raincoats to school did not distinguish me as refined to my peers, but rather as a weird kid in an oversized ladies coat. My time as a detective was short-lived. Likely for the best—I never really was much good at finding things—not even matching socks. 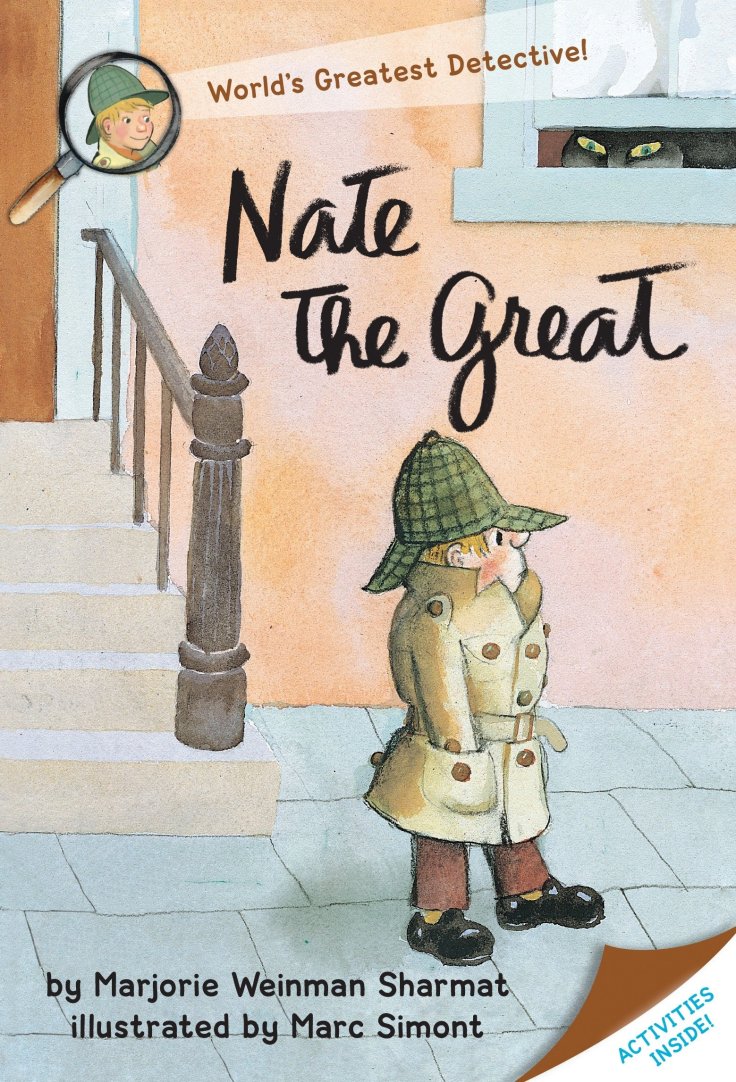 After that, my urchin brain latched onto an entity known as: The Evaporators! What were the Evaporators? Oh, nothing. Nothing other than intergalactic space ninjas sent down from the planet, Evaptide, to suck dry the earth’s water supply and enslave us all! Well… that’s what I believed them to be, anyway. And when walking home from school, on a particularly warm and sunny spring day, my eyes caught glimpse of a darkened patch of cement. It hugged the curb and crawled toward a storm drain. Ordinarily, this is where water would be. But all that remained was a graveyard of arthritic leaves and twigs, branches and roadway runoff. It was near dry… “my god, the Evaporators were here!” I quickly ran home, bound up the stairs toward my room. Flung my pesky school bag to the floor while diving into my closet. I began hurriedly rummaging through a plastic bin that held all sorts of odds and ends from when I was just a baby through to my time as a 10-year-old.

I withdrew, triumphantly, a dented, abused and well-worn pair of plastic nunchakus! Commonly referred to by the uninitiated as: Nunchucks. My weapon of war. This was after all, war. There was no way that I was going to allow a grotesque horde of space ninjas to enslave us all while stealing our water supply! Nuh-uh!!

I used to traipse up and down my block as well as traversing in the back woods of my little town, hunting and defeating this ethereal enemy of humanity. I generally did this alone—I didn’t want to burden or endanger anyone else. Besides, at that age, during that time, I really didn’t have a lot of friends…

Knowing that the world was unaware of our impending danger made sitting in class seem pedestrian and superfluous. So, I often used my manacled time in school to draw out battle plans for the war that was to ensue come 3 p.m. The downside of this, was that my homework would often take a backseat. And by backseat, I mean become lost in the trash pile that was my school desk. And my tardiness with respect to homework typically led to a call home from the teachers. They would call my mother and explain that I seemed “distracted” and “easily led astray by daydreaming.” And this would often lead to punitive tongue lashings from a tired, pained and frustrated woman—my mum.

You see, back then, my mother had newly been diagnosed with cancer. She was in and out of hospital seemingly more times than I’d care to recollect. When school ended for my peers, they went home to their families. To their lives. I’d strap on my oversized backpack, ensure my shoes were tied just right, avoid whatever bully might be waiting for me and then I’d walk along the hilly terrain that hallmarks my little town. I’d follow from sidewalk to park path to sidewalk again, until I would arrive at the pastel-coloured establishment that housed swaths of beeping machines, hallways that smelled of antiseptic and indiscriminate ointments; a place that kept my mother hidden beneath wires, tubes and blankets—the hospital. That was my afterschool activity. Likely the reason why I never signed up for anything else.

Sometimes I would sit in one of those uncomfortable guest chairs that seem standard in any hospital room, and try to do my piteous school assignments. But this was a fruitless undertaking. I found it near to impossible to separate my gaze from the I.V. tubing, nictating monitors, beeping machines, or worse still, the sight of my sickly mother. She lay sleeping most times I arrived. Not restfully. But in an induced slumber.

I blamed the Evaporators for this, too. I felt as though they were sucking her life force. So, when I was given reprieve from the fluorescent prison of the hospital, I would flee to the outside, pick up a stick or withdraw my nunchucks from my backpack and proceed to wander around the nearby lake. I’d swing wildly at my ethereal enemy. Garnering befuddled gapes from passing onlookers. They truly had no idea how lucky they were to not see what I did. A statement that takes on new poignancy when contextualizing real life to that of my fantastical one…

In the movie, Timmy Failure, he finds himself in the school counsellor’s office. He’s there for assessment and debrief of his troubled escapades. When I was 10, I found myself stapled to a chair opposite that of a school counsellor as well. They were asking me about seeing “invisible creatures” and why I was trying to fight them. In the movie, this is done with buoyant flair and satisfying observatory practice. In real life, when I was the one sitting in an office with a looming adult figure peering down at me, it became obvious to me… mistakes were made.

I eventually revealed that I did not actually believe in the extraterrestrial beings. I deflated when explaining that having something tangible to fight, to face, to defeat, felt indescribably better than residing in a world, my world, where I had control over nothing. I wasn’t able to stop my father from hurting our family. I wasn’t able to convince my siblings to stay when they were leaving, and I was unable to cure my mother. And I was scared because she would all too often tell me through dehydrated lips, that she wanted to die. She’d ask me if I was okay with it. Being 10, I had no concept of how to return that question with an answer. So, it became easier to create, craft and manipulate the world around me. Instead of participating in the world, I just hid from it by creating a new one.

A practice that would later get me into trouble. Because as I got older, little yellow briefcases and oversized trench coats gave way to whiskey bottles and beer cans.

The movie ends with Timmy coming to terms with his surroundings and the inevitable jump to middle-school. A happy tune plays as the credits begin to roll. As they did, I struggled to keep tears from falling down my cheeks. I was in a room with two children and my girlfriend. None of whom had any idea what world I was just coming back from. 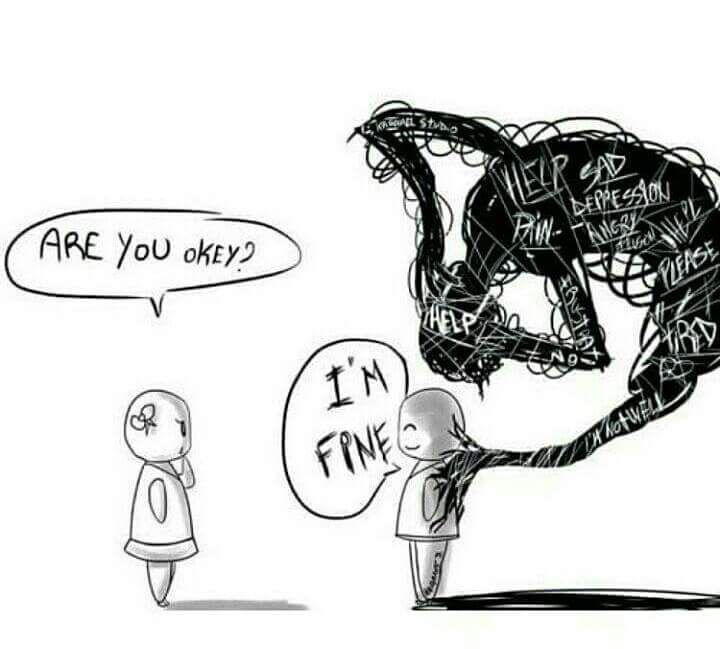 I immediately went downstairs and started writing this. Childhood was not easy. Adulthood has not been easy. But… there is a happy little tune playing in the background of my life. Why? Because much like Timmy, I am loved. I am cared for and I am humbled by my life’s experiences. I have served my country as a soldier, saved my community as a paramedic, and befriended the world with the words from my book… It’s hard not to feel like a lucky man when I am able to say those things.

Timmy Failure: Mistakes Were Made. And Matty… sometimes a failure. Sometimes mistakes are made. But at the end of it all… a happy little song plays on—because my story isn’t over just yet!