As the sun bled through a plume of thick, blanketing clouds that rested atop of the city, a new day was born. A dull grey hue began to seep in through the slits of my blinds. I was laying in bed as an introspective congress was taking session – the bill being put forth was to legislate that I get my ass out of bed and into the world – the opposition was in favor of blankets and seclusion. Both parties lobbed their arguments to the cerebral minister and eventually the bill was shot down and I was forced to sit up from my bed. I allowed for the weight of my waking body to rest on my knees with the assistance of outstretched arms.

As I grew more aware of my surroundings I could hear the hissing of tires from passing cars along the roadway outside of my apartment window. The distinct ‘hissing’ sound brought the weather report with it – it was raining, or at the very least, had been.

I stood to my feet and felt the lamenting of my aching muscles and listened to the protestation of my clicking and popping joints. So this is what they meant by, ‘don’t get old’, I thought to myself.

With a quick and steady pull of the beaded cord, I withdrew my blinds from the window and allowed for the matted glow of the day to ink its way into my apartment. It was indeed raining. And passing motorists continued to slice their way through the dampened streets as they hurriedly navigated the roadways towards whatever destination awaited them. Even with the windows closed tight, I could feel the invasion of cold push its way in from the outside. My kinda day!

The initial pain of waking and movement soon gave way to a saturation of contentment at what I was seeing. I decided to ready myself for the day. I had some errands to run, so I planned on a quick shower, a stop at the local coffee shop for a pastry of some kind and a nice black tea to wash it down. It was as I was about to take my leave of absence from the window that something ephemerally caught my eye. It had captivated enough of a curiosity within me to motivate a quick and deliberate return of my sight. What I was looking at seemed jovially surreal to me in the moment. When I explain to you what it is that had me so transfixed, it will likely seem trivial, coincidental and merely a form of appropriate happenstance – and it is those things, all of those things – but to me, it is also something so much more… let me explain;

In order to make sense of what I am saying, I will need to tell you a back story. A story that takes place many years before the one that see’s me standing at my window on a cold, grey and rainy-day staring at a hauntingly beautiful thing… And it’s fitting because – it is kind of a Halloween story…

I have always loved this time of year. I am certain that those of you whom know me and those of you whom read my blog will know this. This time of year – the time leading up to Halloween – I love it! There are a plethoric number of reasons for this rapturous adoration that I could tell you about. But in order for what I want to tell you about to make sense, I have to keep it limited to one thing; one set of memories that have come together to become one. One overall reason for my love of the season – my mother… my mum… Joan.

When I was growing up there was a lot of time with my mum that was robbed from me. Weather it was by her Cancer and time spent in hospitals, her depression or her vengeance, I had been robbed of a lot of time that a boy needs with his mum. But around this time of year it seemed as though she was the happiest. She was rarely manacled to her bed by debilitating bouts of depression. She seemed more engaged and willing to be… mum… I loved it.

After Thanksgiving, my mother’s attention quickly shifted from plump turkeys and puddings, to the playfully nefarious items and rituals of Halloween. She would always buy a new decoration of some sort, even something small, but she was always adding to her collection of cartoonish-ly grim accoutrements. I loved that too. 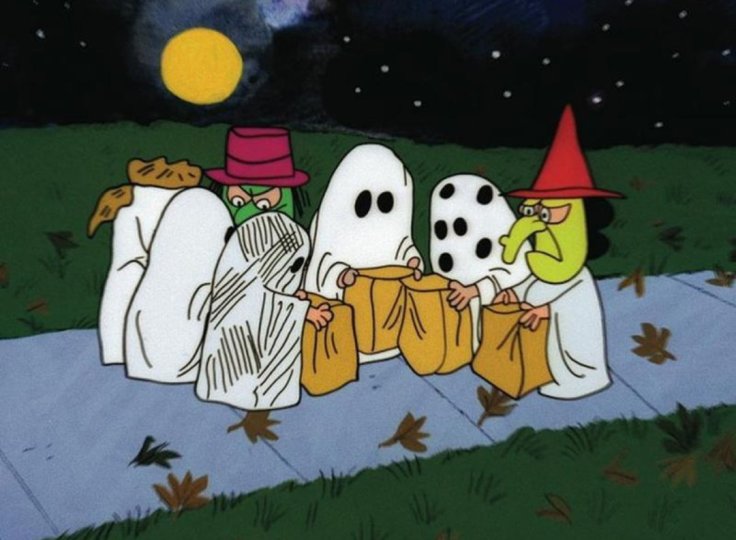 No matter what though, no matter how many years in a row it may have been, she was always dressed as the same thing for Halloween – my mother, mum, mumsy, Joan – dressed in meticulous regalia befitting that of only a witch. Yep, without fail, each and every year, my mother dressed as a witch! She would even dawn the persona of said femme-enchanter by boisterously emitting an unrivaled cackle that could rattle the clouds and arch the backs of cats near and far. Green face paint, a protruding mole, a pointed cap and flowing cloak while carrying an old wooden broom, my mother was a witch – the most lovable witch you would ever meet!

As my first Halloween without my mother approaches, I have been finding myself thinking about her more and more. And about the witch that she so loved to be during this time. I have been racking my brain with ways to honour that part of her this season. And so far, all I had come up with was that I was going to buy two sets of candy this year – one bowl of general mish-mash, and another bowl with whole bars of chocolaty goodness! That bowl, the good bowl, I was going to reserve the deployment of those candies for only the children dressed up as witches for Halloween! A superfluous way of honouring my mother’s chosen ghoul.

And then there was this morning – when I woke and drew back the blinds – staring right at me from outside my window… a witch! An effigy of a witch attached to one of the light poles. It hung perfectly on display with a green face, a mole, a pointed cap and made of straw! This petite simulacrum of a witch even boasted the colour purple (my mother had a ravenous delight for the colour purple). What a sight to see. What a sight for sore eyes and a pained heart.

Now, I am not much for believing in the supernatural nor the majesty of religious symbolism, I chalk things up to coincidences and projected manifestations above anything other worldly. But I couldn’t help myself from finding a little message from my mum in that witch (even if it is a self-projected message). A feeling came over me of closeness to my mum the moment I looked at this simple decoration. It was as though she was telling me that she was still here, that she was still with me and above all else, she was saying, “Happy Halloween, Matt-man! Happy Halloween…”